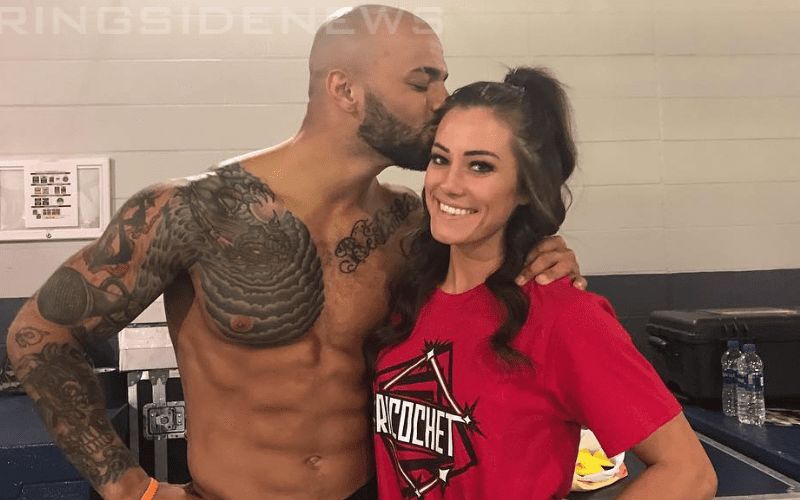 Kacy Catanzaro was rumored to have handed in her resignation from NXT, but apparently that isn’t the case at this point.

Ricochet spoke to Sports Illustrated where he cleared up the situation with Kacy Catanzaro and WWE. He would be a great person to ask since the two are dating.

Kacy Catanzaro is still with the company and hasn’t handed in her notice just yet. Everyone in pro wrestling is hurting because it’s a part of daily life so there isn’t anything wrong with her.

She’s still with the company. She’s not retired at all and she’s not injured. It’s a tough sport and we’re all hurting, but there is nothing wrong with her.

When asked if Kacy Catanzaro will ever wrestle again, Ricochet didn’t know. He explained that she’s “very family-oriented” and she also wants children.

I don’t know. She’s very family-oriented and she wants kids, so she doesn’t know if being on the road so much is for her. For me, I’m already too deep—I’m on the road all the time. She loves wrestling and she loves it here, and she’s so good at it, so it’s a very tough decision for her.