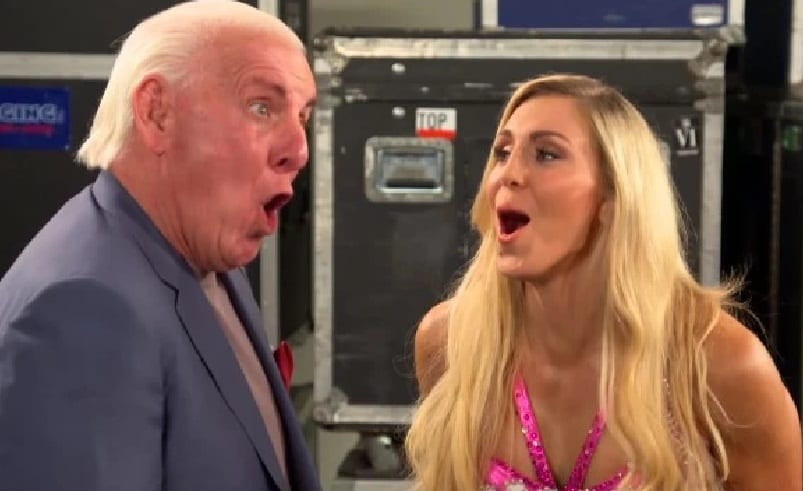 Ric Flair’s situation with WWE might not be getting much better. He wants to be The Man and get paid for being The Man too.

We previously reported that Charlotte Flair and Ric Flair could have some heat brewing because The Nature Boy is threatening legal action against WWE since he’s not being paid.

Brad Shepard continued his report where he explained how real the heat is really getting between Charlotte Flair and her famous father.

According to a source in #WWE, the company is trying to work out a deal with Ric Flair over “The Man” situation. I’m told there are no hard feelings yet, but some people believe it could get a little nasty because they view Flair as stubborn. #BeckyLynch

A 2nd source said anyone who’s been around Ric isn’t surprised by this. They talked about how good the company has been to him and said in spite of that, he’ll turn on you in a heartbeat over a few bucks and play the victim. The heat Charlotte has with him over this is legit.

Hopefully things will calm down because we would hate to see a messy lawsuit situation get in the way of a father/daughter relationship.