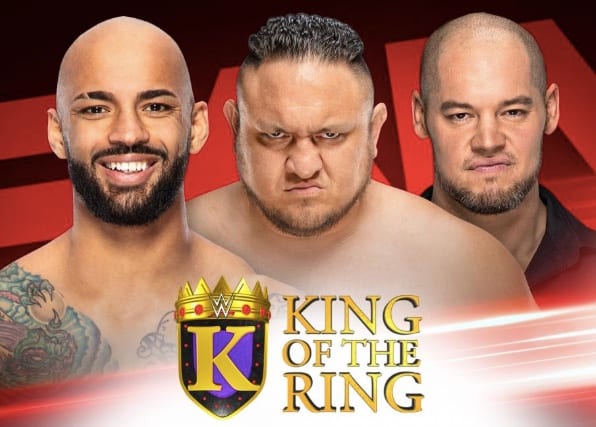 As seen on Sky Bet the betting odds for the King of the Ring semi-final, Baron Corbin vs Ricochet vs Samoa Joe, have been released.

The purist fans out there weren’t all too happy about the fact that we didn’t get a conclusive winner in all four quarter-finals, which means we will now be subjected to a triple threat match between Baron Corbin, Ricochet and Samoa Joe in order to determine who will make it through to the final at Clash of Champions.

Of course, that doesn’t sound like the worst prospect in the world, although there’s a general fear amongst Baron Corbin haters that he is going to get the nod and will eventually win the whole thing.

If you happen to be one of those haters then you may want to divert your attention away from the screen, because Baron Corbin is indeed the favourite at 11/10 to secure his passage into the final. Ricochet is the second favourite at 6/4 to get the win, whereas the rank outsider is Samoa Joe who is a relatively big underdog at 7/2.

If there was going to be an upset then we could certainly see one coming to fruition in this match, with all three men having the potential to win the whole tournament – especially if Chad Gable is the man who progresses from the other semi.

Either way, we think this bout is going to go above and beyond the expectations that the majority of fans have for this triple threat showdown.