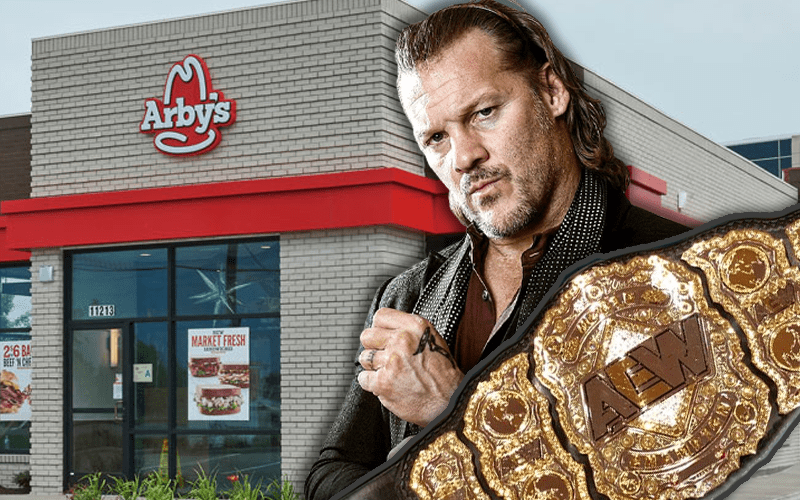 Chris Jericho lost the AEW World Title, but it wasn’t in a match. Instead, it was stolen from his possession.

We previously reported that Chris Jericho rejected Arby’s offer to make him a new title belt. Arby’s might have the meats, but they also know how to carry on with some engaging social media tactics.

“Hey Arby’s, I’m all good. Save the cardboard to make your sandwiches,” Jericho replied back.

All the popular fast food chain was trying to do was make a replacement AEW World Title out of their leftover cardboard boxes. Apparently, Jericho wasn’t very receptive to this helpful offer.

Arby’s might not have appreciated Jericho’s reply either. He did imply that they put cardboard in their sandwiches. This is why Arby’s Twitter account replied back to let Jericho know that he just made their list.

We can only imagine what kind of punishment waits for those people who are on Arby’s list. Perhaps Jericho will forever be denied Arby’s wonderful cheese sauce. Either way, it seems like Y2J will be carrying on with business as usual.