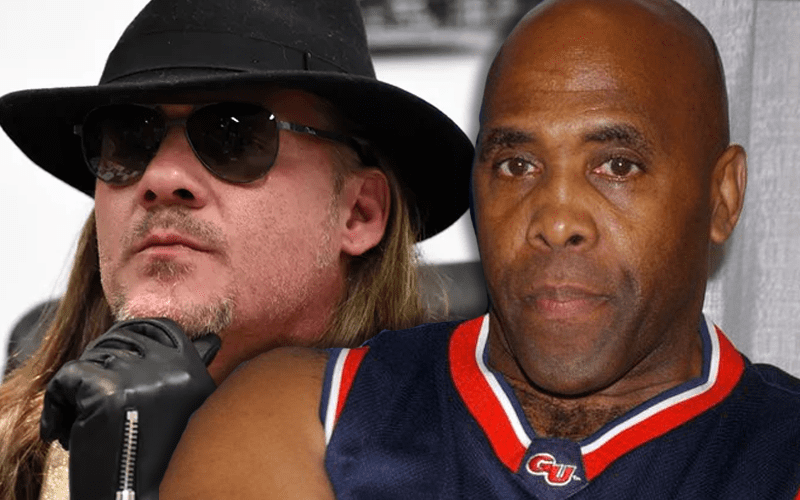 Chris Jericho walked into a Longhorn Steakhouse, but when he emerged Y2J discovered that his prized possession had been stolen. Now the AEW World Title is MIA after someone decided to rob Jericho not 24 hours after winning it at All Out.

If you ask Virgil, that would never have happened if Chris Jericho had real security watching his back. Perhaps Y2J should consider paying Virgil for some of his services.

If Chris Jericho ate at Olive Garden and paid me to protect him none of this sh*t would have happened.

Chris Jericho didn’t seem too awfully worried about the issue as he cut a promo on the culprit from his hot tub. He was also enjoying a little bit of the bubbly at the same time.

Let’s just see what happens next, but if Jericho shows up with the AEW World Title it’s very likely that he will be holding the company’s backup copy.