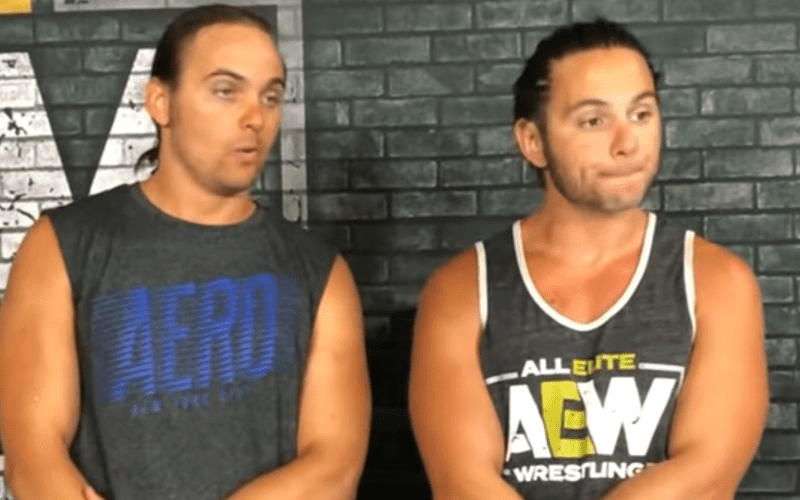 The big story on social media last night wasn’t really the continuation of the King of the Ring tournament on SmackDown Live, because instead, fans were talking about the fact that Chris Jericho’s AEW World Championship belt has legitimately (or so it seems) gone missing.

While it comes across as being a bit of a joke, and it is quite funny, there’s a serious aspect behind this as the person or persons in question that took the belt will probably receive quite a serious sentence if they are uncovered.

Of course, it isn’t the best of looks for All Elite Wrestling, with The Young Bucks’ Matt Jackson having the following to say on the matter.

It’s a short but sweet statement, and to be honest, we’re actually kind of hoping that they turn this into some kind of storyline once their weekly programming gets underway.

We aren’t suggesting something that is too played out or jokey, but it could be used as a fun way to get someone to debut on AEW television. Either way, you just know that Chris Jericho would have a whole lot of fun with it.

The Bucks, on the other hand, have their hands full with other matters in relation to the tag team division. After the arrival of LAX and the rise of the Lucha Bros, it certainly seems and feels like they’ve got a little bit of catching up to do as the upcoming tag tournament gets closer and closer to being upon us.