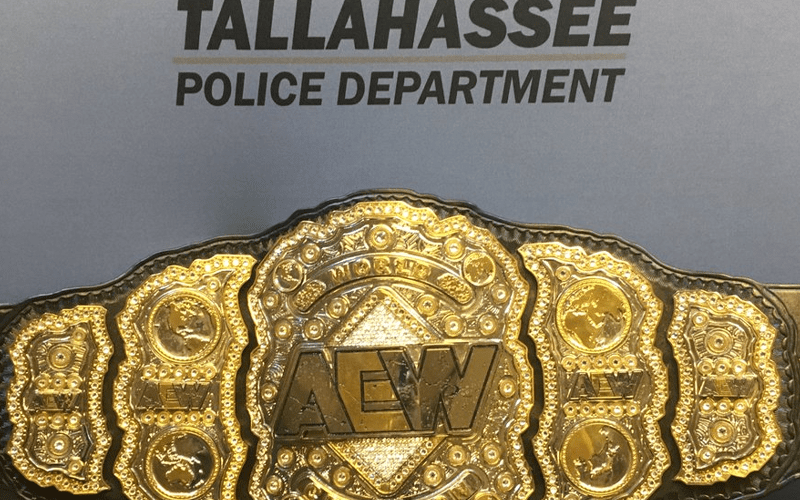 Chris Jericho’s AEW World Title turned up missing and plenty of people had jokes to make, but there weren’t many leads.

This title belt was missing for about two hours before the police were called, but it soon sparked a huge frenzy as everyone was looking for the belt.

Jeffrey Burlew of the Tallahassee Democrat reports that the All Elite World Title was found exactly where you’d least expect it: on the side of the road.

Breaking: @TallyPD announces it did in fact recover @IAmJericho’s championship belt earlier today. Someone turned it in at headquarters after reporting finding it along the side of the road. The golden belt was valued at nearly $30,000.

At this point police have no leads regarding who took the title. The important part is that it is now safe.

The belt’s value at $30,000 is an impressive price point to place on the title as well. It’s good to know that the AEW World Title is now safe in the hands of the Tallahassee Police Department. Hopefully, it will never go missing again.