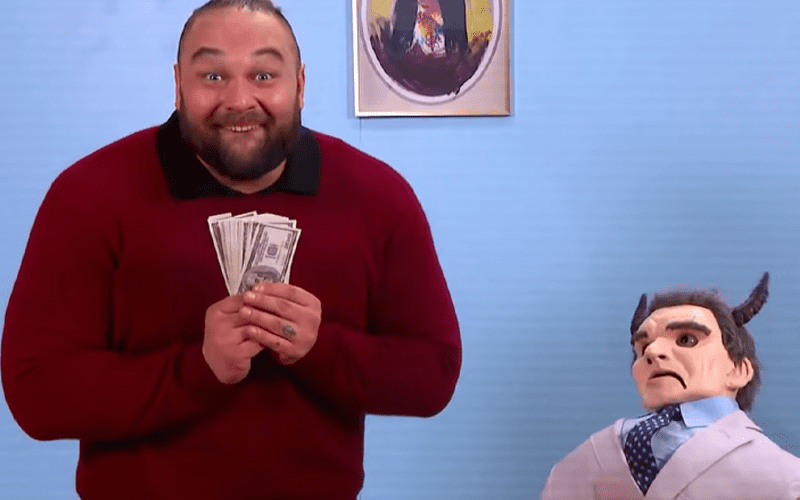 Bray Wyatt will be facing either Braun Strowman or Seth Rollins at Hell In A Cell. This was something that the Vince McMahon puppet had a problem with on Firefly Fun House until Wyatt shoved some cash in the evil puppet’s mouth.

Dave Meltzer explained during Wrestling Observer Radio that the Vince McMahon puppet consuming cash on the Firefly Fun House was a very telling metaphor that excused The Fiend’s actions.

The idea of McMahon relenting an opinion due to money being involved could have been a telling sign that extends outside of the Firefly Fun House as well.

“Yeah, well the idea is that Bray is making him money so Vince overlooks everything as long as he can make money. So, there’s probably something to that.”

Vince McMahon’s dealings have revolved around big business and bigger money for decades. It seems that all Bray Wyatt had to do was remind McMahon how much money he’s making and everything was okay.

Now WWE finds itself in a decade-long partnership with Saudi Arabia worth a ton of cash. That relationship is probably more controversial than anything that will happen at Hell In A Cell.

Bray Wyatt is also generating loads of revenue for McMahon, therefore, he’s willing to overlook a lot of things.