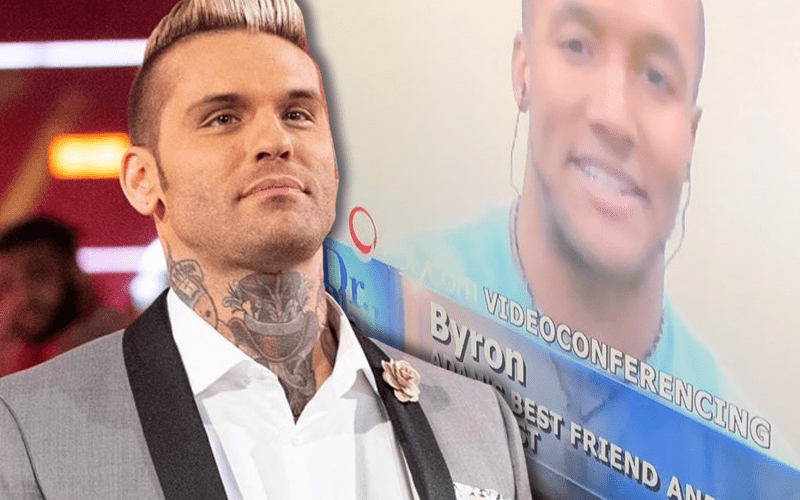 Corey Graves loves giving Byron Saxton a hard time so it’s likely that he’ll have a lot of fun with this one.

Saxton was recently on an episode of Dr. Phil. One fan captured a shot of the screen while Saxton was on the show. He was referred to as a “WWE host” and it was apparently his friend who needed some help.

Graves responded to this saying: “I simply can NOT thank you enough for bringing this to my attention.”

Perhaps we are in for one Dr. Phil joke after another, because Corey Graves is very good at his job which sometimes consists of throwing on-air jabs at Byron Saxton.