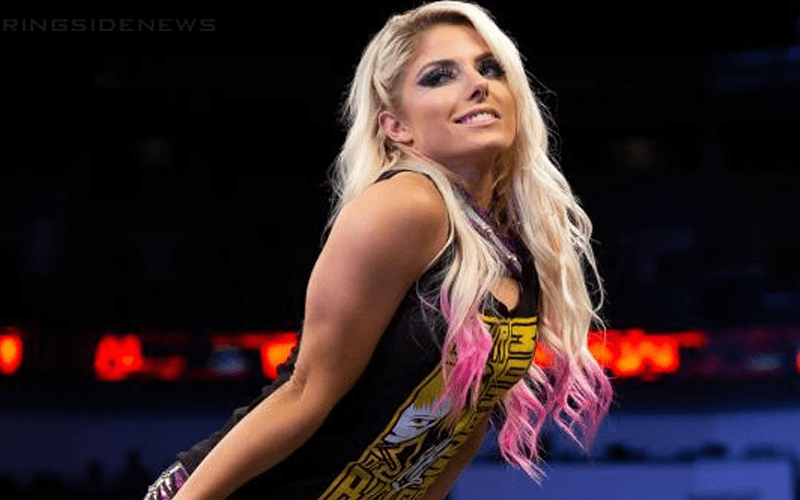 After fans had called for it to happen for longer than we can remember, Bayley finally turned heel on Monday Night RAW last night and aligned herself with best friend Sasha Banks once again.

It was a well executed turn with Bayley struggling with what to do, before striking Becky Lynch across the back with a steel chair over and over again. In terms of effective turns, this is right up there with the best of them from the last decade or so.

Alas, while some folks may not have seen it coming, one person that certainly did was one of Bayley’s long time rivals: Alexa Bliss.

Alexa, who has taken on more of a babyface approach in recent months alongside Nikki Cross, has had her fair share of wars with Bayley – and it seems as if she knew that the Huggable One had this in her locker the entire time.

If you’d have seen that a teammate turned on another one last night in the women’s division, it’s safe to say that most of us probably would’ve believed that Alexa was turning on Nikki. That wasn’t the case, though, and while that could still happen, it would appear as if the main story moving forward is going to be the resurrection of Bayley and Sasha as a dominant team.

You just know they’re going to come after the tag titles, and while there’s every chance that Bayley could retain against Charlotte at Clash of Champions and Sasha could beat Becky, it just feels like they’re instead going to focus their attention on working as a unit instead of in singles action.