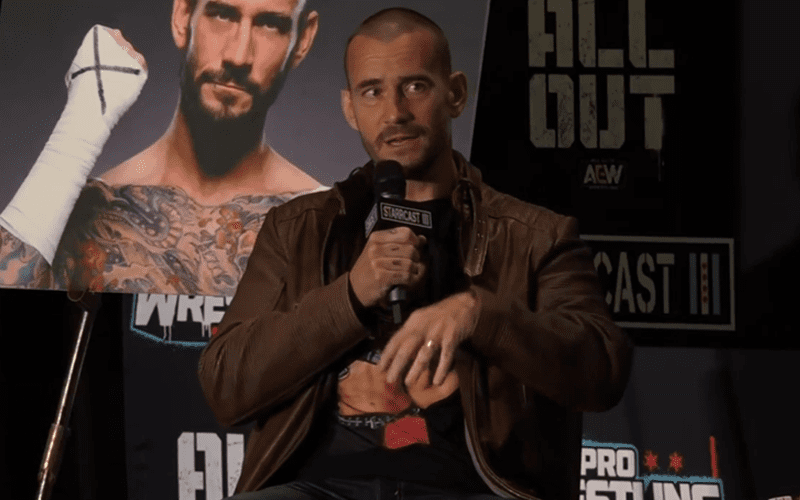 CM Punk said that every environment is a pro wrestling environment because of who he is during his Starrcast III Q&A. He then told stories about doing comic book convention appearances and getting nothing but pro wrestling questions the whole time.

CM Punk said it’s not weird to keep getting questions about his return to pro wrestling. He said it’s flattering, because “when are you coming back is a lot better than when are you going the f*ck away?”

“I’m not going to be anywhere,” CM Punk said of where he might be going next. There are a few rumors floating around regarding his interest in hosting a show for FS1 and possibly joining AEW.

He said that AJ Lee has been in California for the last week so tonight he will be hanging out with her instead of being at All Out.

Punk made it very clear that “I don’t have time for that sh*t” when it comes to working the fans. He really won’t be at All Out.

While some fans might really want CM Punk to come back and wouldn’t mind being worked if it meant a return of the Second City Savior, that doesn’t seem to be the case.