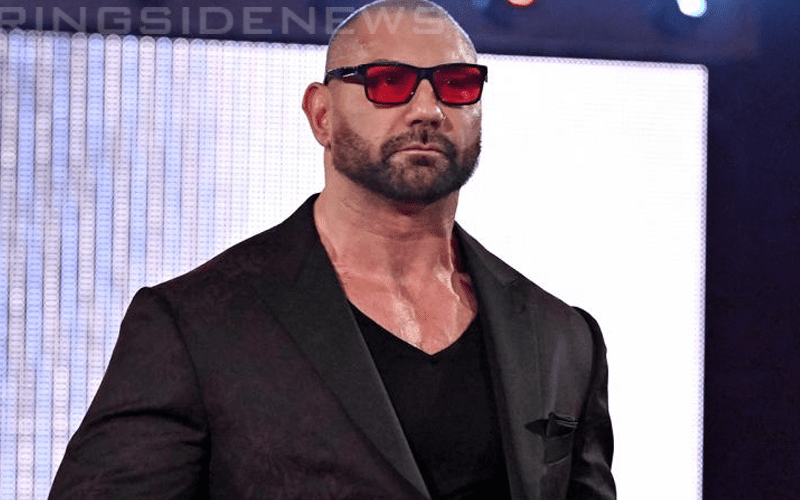 WWE is moving SmackDown to Fox and their new commercial dropped yesterday. Plenty of legends got a nod during the commercial, but not Batista.

Perhaps, Dave Bautista wanted a mention in the new SmackDown commercial on Fox. He certainly didn’t sound too happy about it.

“C’mon guys really?!” he asked on Twitter as a reply to this video commercial.

It just goes to show that you can’t make everyone happy. There’s always the possibility that Batista could be mentioned in an ad down the line. After all, that first commercial is just supposed to be one in a series.