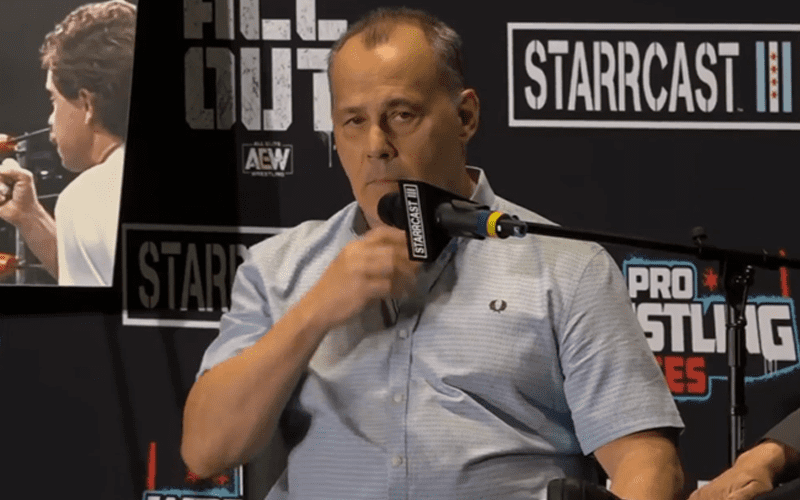 WWE has a lot of opportunities even after someone’s pro wrestling career is over. Dean Malenko settled into a job that seemed perfect for him and now he’s doing it for AEW.

Dean Malenko opened up at Starrcast III about the events that led to him taking a job as an agent in WWE. It was a job he held for nearly 19 years before finally leaving the company.

Pat Patterson first approached Malenko about becoming a producer in WWE. He didn’t know about it at the time, but then the idea started to grow on him.

“Talks kinda started escalating and then Vince [McMahon] pulled me aside in Philadelphia and he said he’s been talking to those guys and would you be interested in doing it, John Laurinaitis was not there, JR was the guy in charge of hiring and firing, I went to Jim and he said, ‘Why don’t you wait a year and finish your contract.’ I said, ‘Jim I’ve been around the business for long enough time that I know a lot of sh*t can happen. I’ve done everything I wanna do now, just get me out of my wrestling deal and put me in this.'”

“We got the ball rolling and two weeks later I was walking into Washington DC… which will be funny because that will be [AEW’s] first TV show — same arena. So, on my first night [in WWE] instead of walking in with tights I had a suit and a pad of paper with a pencil.”

“I was an agent until we were at a production meeting in the Hammerstein Ballroom and Vince said ‘From now on you’re going to be called producers because you’re producing things.’ I raised my hand and I asked ‘Do producers make more than agents?’ He said, ‘About the same.'”

Malenko said that a lot of things caused him to leave WWE, but he didn’t get into much detail. Dean Malenko did confirm that AEW didn’t play into his decision to leave WWE at the time.

He did say that he wanted to focus on his health and family. AEW just so happened to come along and gave him an offer he couldn’t turn down.