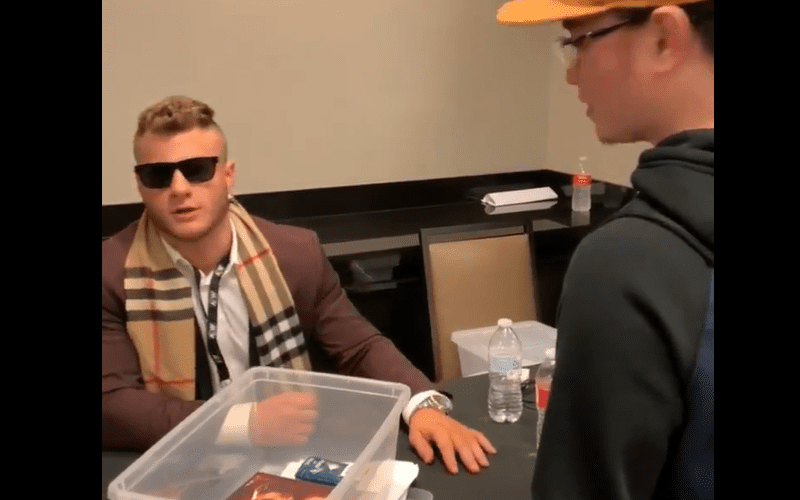 MJF is a professional wrestler which means where ever he goes he is the Salt Of The Earth. His image means a lot to him and he doesn’t appreciate people taking a photo of him when they didn’t pay for it.

Starrcast has an MJF meet and greet, and it’s $150. Yes, $150 to meet the self-proclaimed biggest star in the business. It might be a small price to pay considering the fact that if/ when he’s a main eventer he probably won’t even do meet & greet appearances.

The Salt Of The Earth was giving one fan an earful at Starrcast because taking a photo of him without permission is like theft. It is MJF’s job to be seen and he expects to be paid for it if a picture is taken.

Little did MJF realize, but his entire conversation was being recorded on video. As soon as MJF noticed he was on camera, the filming quickly stopped.

Let’s just suffice it to say that there’s no better heel in the pro wrestling business than MJF right now. Don’t @ us about it either.