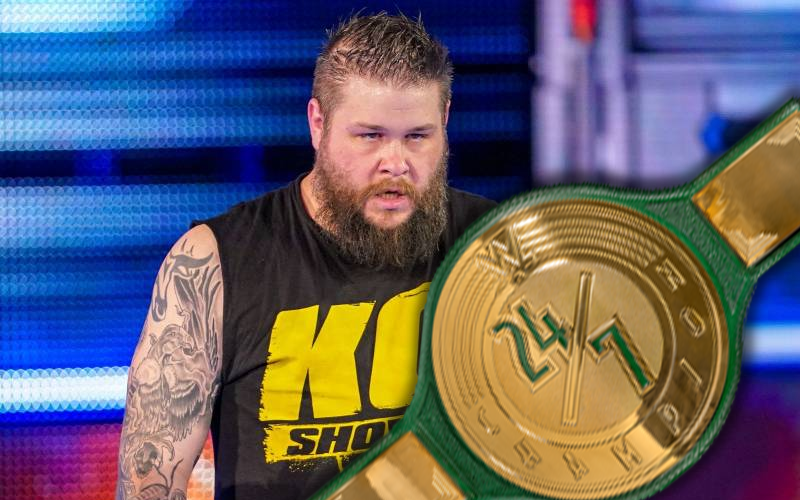 Kevin Owens had a lot to do with Drake Maverick becoming the WWE 24/7 Champion on SmackDown Live this week, but he’s not interested in holding the title.

Owens has held a few titles in WWE so far, but he doesn’t have time to be WWE 24/7 Champion. One fan asked him why he laid out Elias only to leave the then WWE 24/7 Champion out on his back. He had a very great reason for this.

I have a family.

I can’t worry about being rolled up by some dude while I’m dropping my kids off at school or enjoying a lovely night out with my wife.

Congrats @WWEMaverick, though. Have fun with all of that.

Kevin Owens very well could find himself with a title in WWE once again. It’s not going to be the WWE 24/7 Title, because there are just too many occasions when being WWE 24/7 Champion would interfere with his daily life.

Owens has a great point. After all, Drake Maverick couldn’t consummate his marriage because of the title. Nobody has time for that.