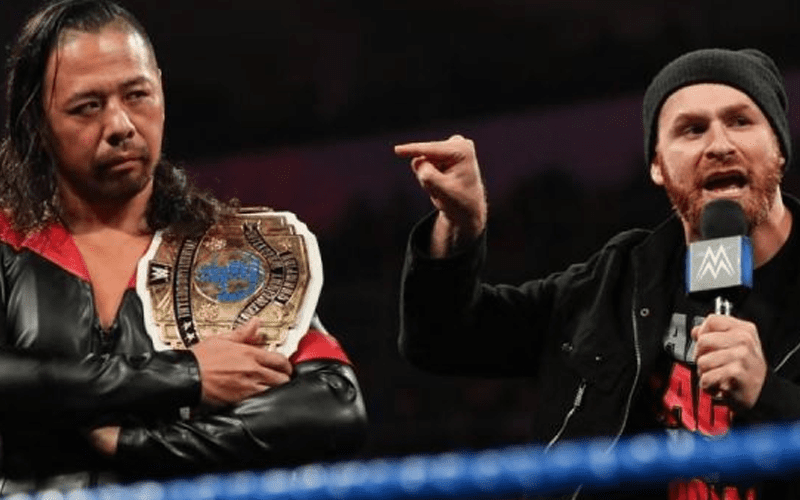 The Festival Of Friendship was the climax and eventual breakup of Kevin Owens and Chris Jericho’s entertaining run as the best friends ever. It looks like WWE could be re-visiting that idea.

Wrestle Votes reports that an idea floating around for Sami Zayn’s current storyline with Shinsuke Nakamura could be something similar to the Festival Of Friendship.

These two could get very close and then it would presumably all result in one turning on the other with a big blow-off match. We’ll have to see where this leads, but it’s doubtful that the storyline will stretch all the way through WrestleMania.

One of the ideas I’ve heard when the Zayn / Nakamura storyline was decided upon was to eventually resemble that of the Jericho / Owens friendship from a few years ago, leading to a big time blowoff match. However, I’d be surprised if this story lasted all the way thru to Mania.

WWE’s lack of long-term booking really doesn’t give much confidence that the company will be able to make this storyline last until Mania, but Survivor Series in November is much closer.

Shinsuke Nakamura seemingly has The Miz to take care of first, but it seems if they stick to this plan then Nakamura and Sami Zayn could be a pair for a good run.