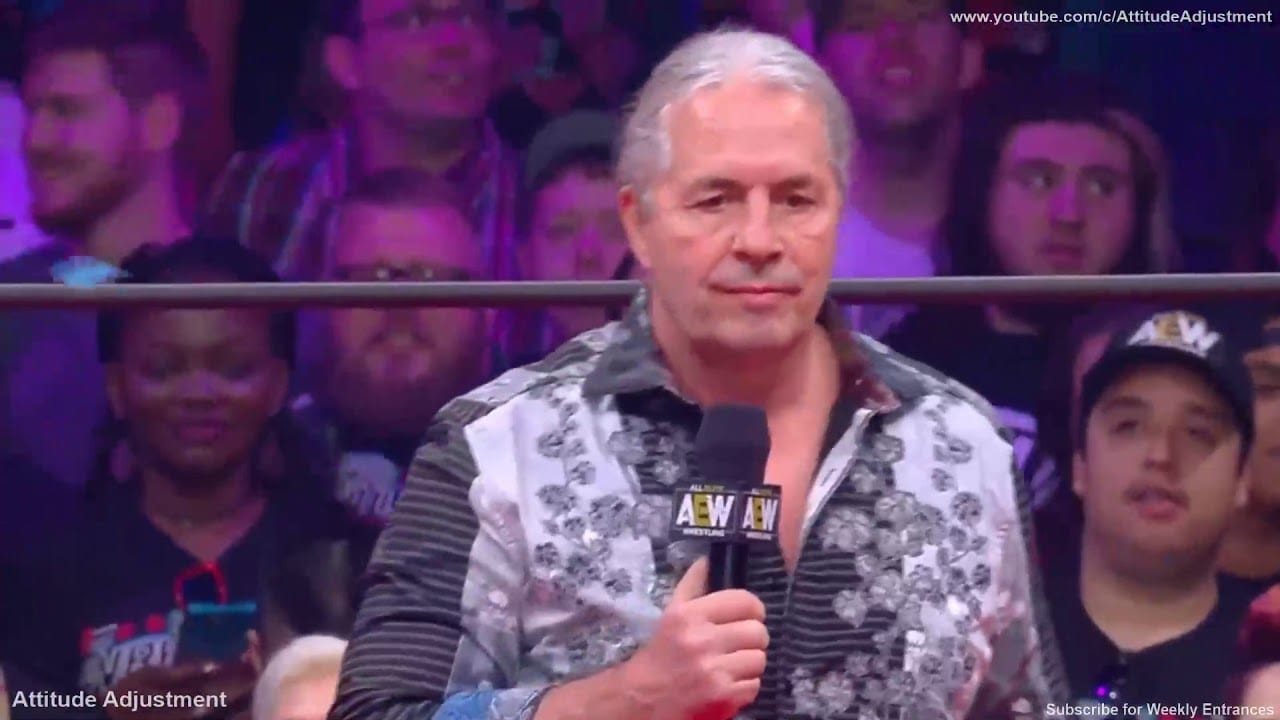 Bret Hart surprised a lot of people when he showed up at AEW Double Or Nothing to reveal the AEW World Title. Chris Jericho and Adam “Hangman” Page will battle for that title this Saturday at All Out.

While speaking to Ariel Helwani, Bret Hart made it very clear that his AEW appearance was a one-time thing. That being said, he seems to be rooting for AEW, because competition will make everything better for the pro wrestling industry.

“It was convenient the first time. I’m a big fan of the promotion, and I like a lot of the wrestlers that are there, and I think it’s good for the industry if there’s another wrestling company besides WWE. At the same time, it was a one-time thing, mostly because I was in the area. But I do have a lot of fondness for what they’re trying to do, and I support them. I hope they become a real big wrestling company in the next year.”

Bret Hart is probably welcome to return to AEW for an appearance if he wants. Of course, they would also have to have a reason for him to come back.

His Double Or Nothing appearance was convenient because he was around for Starrcast, but it doesn’t sound like The Hitman has any more plans to step back in an AEW ring any time soon.