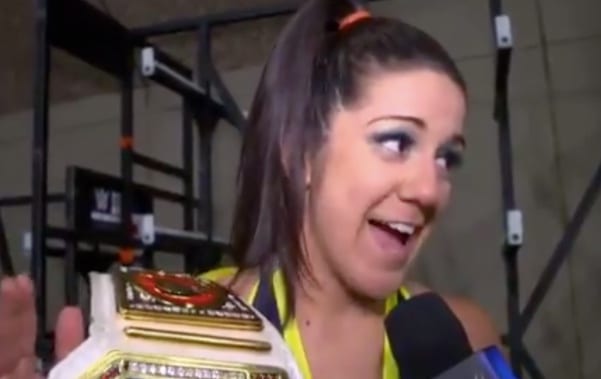 SmackDown Women’s Champion Bayley has made it pretty clear that she wants to start focusing on wrestling stars from her own brand as opposed to Monday Night RAW.

The Huggable One is set to defend her championship against fellow Four Horsewomen member Charlotte Flair at Clash of Champions, and in the build-up to that match, the Queen has been insinuating that Bayley has done a poor job of building the prestige of the title ever since she won it.

Bayley, who has developed an interesting new edge to her character over the course of the last few months, has taken exception to that.

There’s every chance that she is going to lose the belt to Charlotte in their title showdown, but if she doesn’t, Bayley has a fantastic opportunity to do some wonderful things with the championship over her shoulder.

She’s starting to become the kind of character that many fans knew she was capable of being, and that’s almost as exciting as the idea of this match in itself.

The WWE Universe has voiced their concern over the prospect of Flair having yet another reign with the title, but even if that happens, you just know that Bayley isn’t going to go away.

This subject raises an interesting debate about the wild card rule, too, which has allowed superstars from RAW and SmackDown Live to transition back and forth between the two brands pretty seamlessly.

With SD Live’s move to FOX coming up shortly, we can’t imagine that trend will continue.