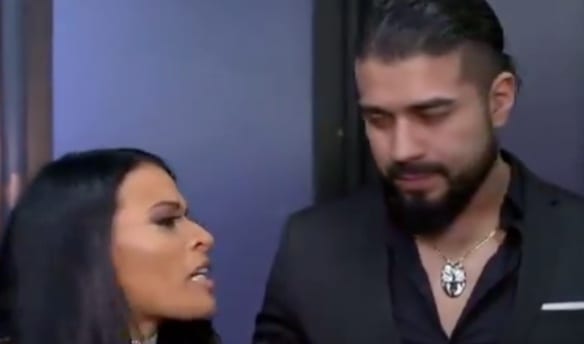 Ahead of their quarter-final showdown in the King of the Ring tournament, WWE superstar Andrade has made it perfectly clear that he is not worried about the prospect of facing Chad Gable.

Andrade was speaking alongside his manager Zelina Vega following SmackDown Live last night, after both men were able to come through their first round match-ups.

Andrade defeated Apollo Crews in an entertaining match, whereas Chad Gable was able to dispatch his former tag team partner Shelton Benjamin in order to make it through to the last eight.

While there’s certainly a debate to be had about what kind of strategy WWE wants to use when promoting whoever wins this tournament, the one thing that cannot be denied is that it is going to serve as a huge career boost for whoever comes out on top.

This match is going to be particularly interesting, with Gable already being positioned as a pretty big underdog in comparison to Andrade. The dynamic between the two men is fascinating, and while the former NXT Champion is quite clearly going to be the favourite to make it into the semi-finals, we’re still fascinated to see what happens.

The winner of the match will go on to face either Ali or Elias in the semi-finals of this year’s King of the Ring, and then the winner of that semi will represent SmackDown Live at Clash of Champions in the final.

It really does feel as if business is starting to pick up with KOTR.