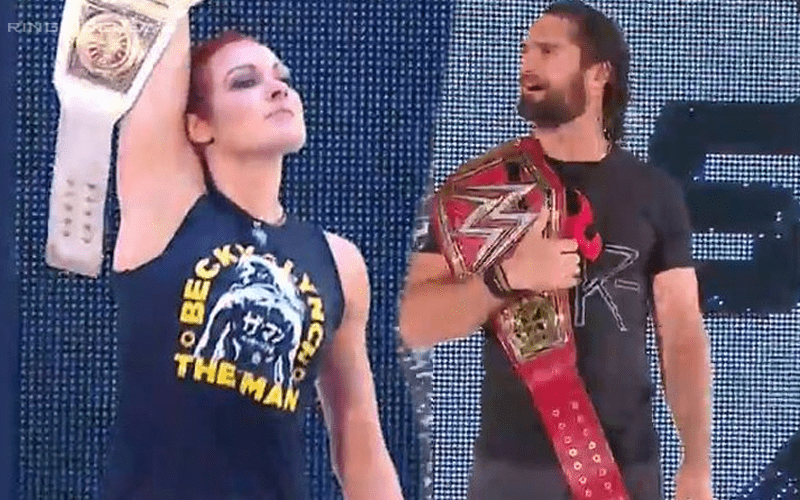 Seth Rollins and Becky Lynch became engaged to be married over the weekend, but they didn’t show up on Raw this week to follow that up.

Rollins did appear in a backstage segment where a Universal Title match was set for Clash Of Champions, but he wasn’t actually there. Both he and The Man were on vacation according to PW Insider.

The newly engaged couple were still watching Raw, at least Becky Lynch was because she sent out a tweet to troll Sasha Banks after her promo last night. Neither champion was at Raw in New Orleans because they were still enjoying some much-deserved time off.

WWE has given vacation time to a few couples recently and it’s great that they’re doing that. It looks like this week was The Man and The Architect’s turn to get some rest and relaxation.