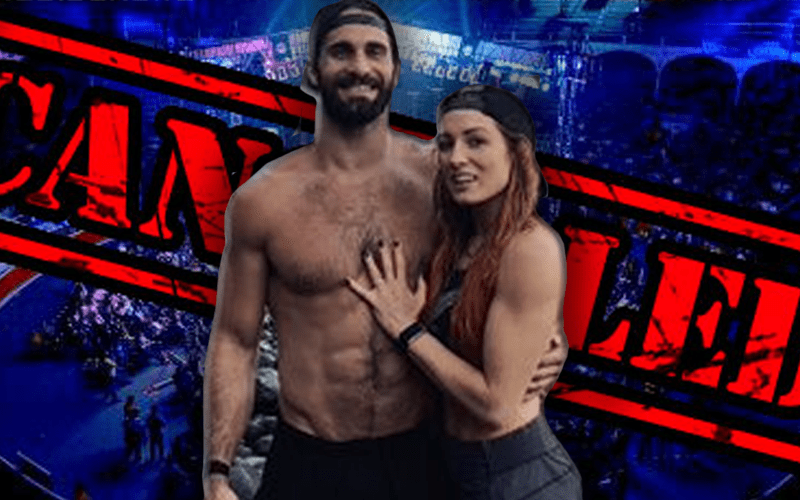 Seth Rollins and Becky Lynch were on vacation this week. Corey Graves made a crack about them being in Hawaii while on commentary and they are apparently having a great time.

Mike Johnson said on PW Insider Elite audio that since Seth Rollins and Becky Lynch took their vacation together as couples do in WWE, this meant that WWE had to nix several house shows.

Seth Rollins did appear on Raw, but it was in a pre-taped segment with Braun Strowman. It is understandable that even The Architect and The Man need a vacation, but when they’re two of the top draws for the company their vacation apparently meant that WWE had to cancel two weeks worth of live events for the red brand.