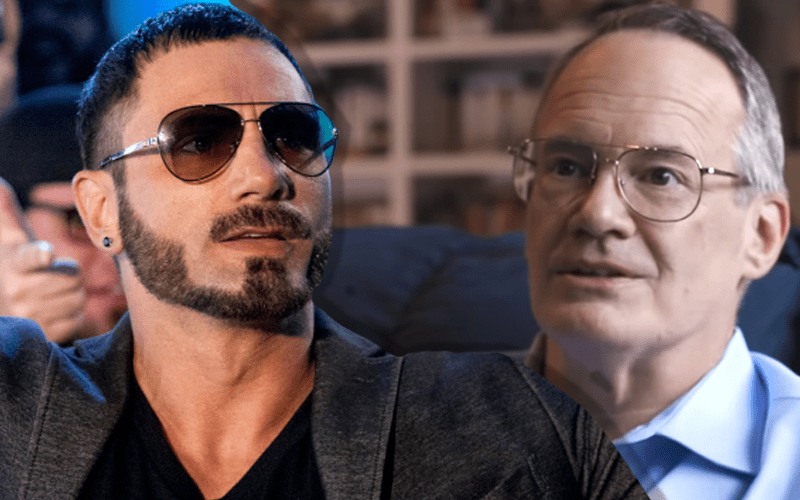 Austin Aries is a man with his beliefs and principals. He is vegan and an advocate for that lifestyle as well as saving the Amazon Rainforest. That should set the stage for this story.

Aries posted some statistics that are worth reading about fast food and the Amazon Rainforest. Then one fan said that he likes meat. Austin Aries replied with *unzips my pants.*

The fan didn’t seem interested in whatever A Double had in his trousers, but an account called “Fake Jim Cornette” chimed in saying: “This is what Austin Aries does before getting banged by Frank Mir because he’s his little gay bitch!”

Aries saw this tweet and he kind of lost it on the phony Corny as he said:

I can’t imagine a life so sad and feeling like such a nobody that I’d spend my precious time creating a fake account of real life nobody and consider that an accomplishment and a step up. Aim a little higher, kid. Your life can’t be that bad.

One fan reminded everyone that Jim Cornette had previously called Aries a “real life nobody.” Austin Aries didn’t take to hearing this well at all.

Except that never happened. It takes a set of balls to fire somebody. Jim has no balls. He’s a #keyboardbitch like you. I was NEVER fired. Nobody was man enough to say it to my face or even over the phone. It was group of passive aggressive, non committal pussies.

That reply from Austin Aries got the real Jim Cornette’s attention. Now that the real Corny stood up, he wasn’t going to just sit back and let The Greatest Man That Every Lived talk so much trash.

We figured you understood the meaning of the words “If you will not quit your locker room bitching and complaining we cannot continue to book you.” Both Hunter and I understood what YOU meant when you said you weren’t gonna quit complaining. Sorry you didn’t get it in ANY sense.

Austin Aries saw this tweet from Jim Cornette and whether he realized that this was now the genuine article is another story. He still had a retort for the Midnight Express’ legendary manager.

So you’re talking to me now? After you sat in the corner quiet as a fucking mouse afraid to even make eye contact with me or half the locker room at @MLW. Classic #keyboardbitch. Just sit down, I’ll address your carny, revisionist, banana loving ass soon enough… #TheReveal

It looks like some things really never change. It’s just another thing that makes Twitter being free so fascinating, because sometimes it’s the best entertainment available online.