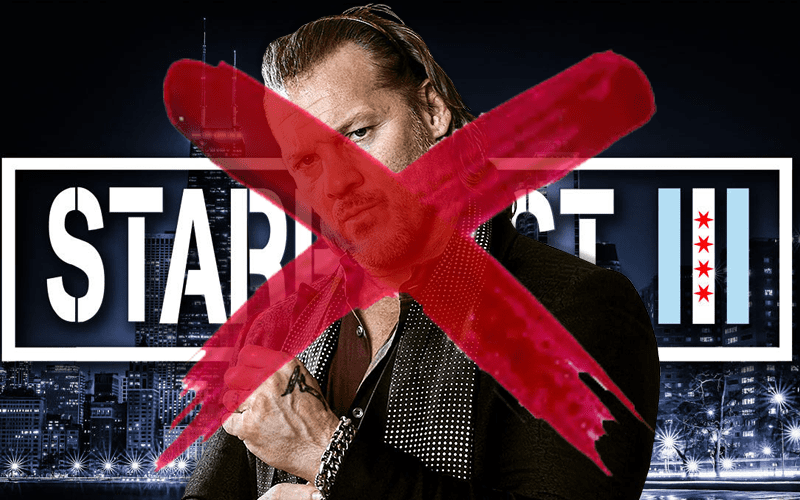 Chris Jericho did not show up at Starrcast II for his scheduled live Talk Is Jericho show. He wanted a “thank you” from AEW so he no-showed the convention. This is a thank you he’s still waiting for. That is why a cardboard cut-out had to stand in Y2J’s place.

There was a little bit of controversy surrounding Y2J’s Starrcast II absence. During a media call for Starrcast III, Conrad Thompson was asked if Chris Jericho is banned from Starrcast. He is not banned like MJF, but that doesn’t mean fans should expect an appearance from the King Of The World.

MJF is apparently banned after this event, but there’s no guarantee that another Starrcast will even happen. Yes, MJF really was dragged from the building in Las Vegas a couple of times. It was hilarious each time it happened.

Fans shouldn’t expect Chris Jericho to receive the same treatment, but that doesn’t mean he is going to grace the convention with his presence either.