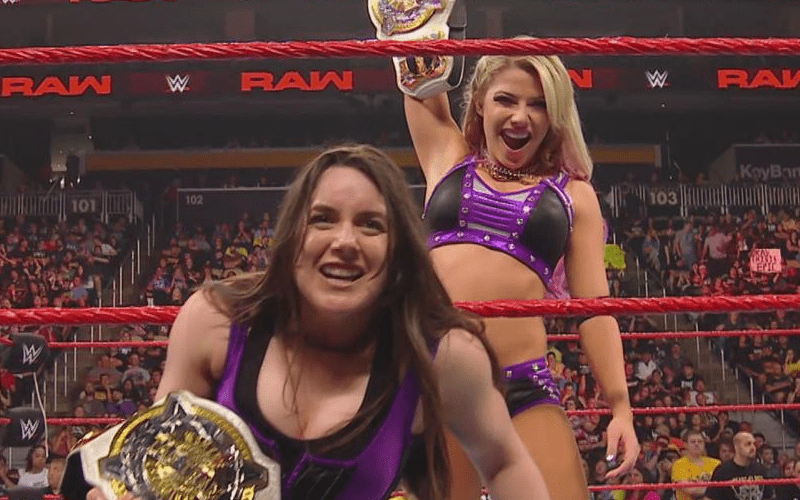 As seen on Sky Bet, the betting odds for who will be the next Women’s Tag Team Champions have been released.

Following The IIconics’ long reign with the straps, Alexa Bliss & Nikki Cross are now holding the titles high as they continue to build their friendship with one another. Some fans seem to think that one is destined to turn on the other, but for the time being, they seem to be going pretty strong.

Alas, fans are always going to speculate as to who will become the champs next and take the titles off of them, and that’s what we’re here to discuss.

The betting odds suggest that The Kabuki Warriors, despite their recent shortcomings, are still the favourites to become the new champions at 11/8. The IIconics are second favourites to regain their titles at 2/1, followed by Sonya Deville & Mandy Rose at 3/1.

The fact that the rest of the field is made up of legendary teams and partnerships that aren’t even together right now should tell you all that you need to know about the depth of this division.

We certainly think there’s a great deal of potential here, though, and they’ve got time to build it up, but we wouldn’t be surprised to see a lot of ‘hot potato’ with the belts in the next few months.

Alexa and Nikki are doing a solid enough job as champions right now, but we’re interested to see just how long their reign at the top of the ‘division’ is going to last.