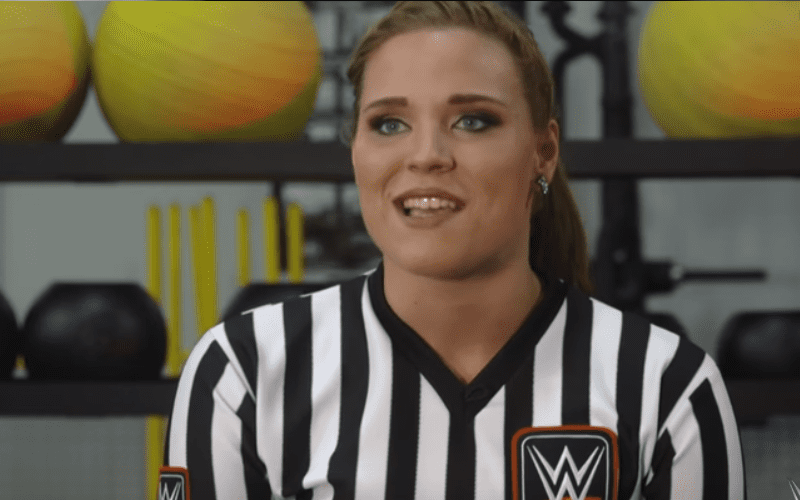 WWE is always looking to add talented individuals to their payroll. This idea has not changed and they are now reportedly looking for more female referees.

Jessika Carr saw some action on the main roster recently. She played the role of Maria Kanellis’ OBGYN and then appeared on SmackDown Live the next night. Carr is an excellent referee and has really excelled. Now the company is looking for more female referees as Casey Michael reports.

Unsure if the next WWE tryout is an all performance type thing or just for referees. WWE is actively looking for new referees, specifically female ones.

This is very interesting and could be a good move for the company. As they continue moving into their next phase it is very important to show diversity.

Hopefully, WWE will be able to get a good turnout in their upcoming tryouts, because as WWE adds more hours to their programming they will needs plenty of officials.