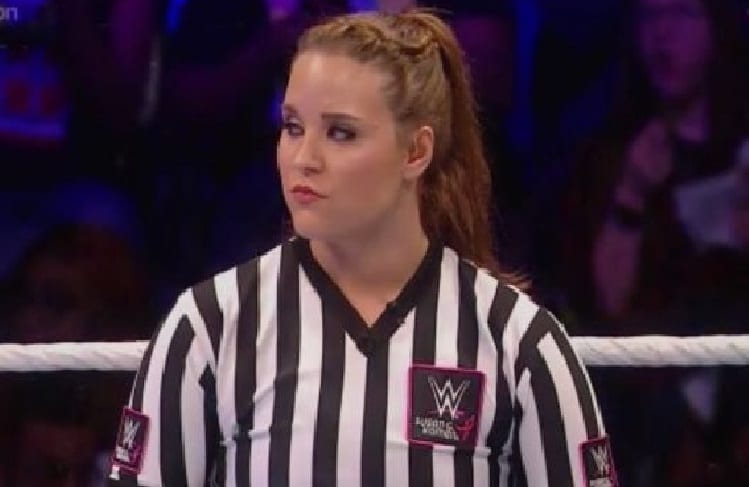 Jessika Carr has been called to work on the main roster before as she was featured during the Evolution pay-per-view, but she also worked both main roster television shows this week leading some to believe she may have received a call-up.

Carr was the OBGYN in disguise during RAW when Mike Kanellis pinned Maria Kanellis for the WWE 24/7 Title. Then on SmackDown Live she was one of the referees who ran down to get Shane McMahon to back off his attack on Kevin Owens. She was also the referee during Ember Moon and Natalya’s match.

After SmackDown Live was over, Carr stuck around and officiated a match on 205 Live as well.

We’ll have to see if Jessika Carr continues to tour with the WWE main roster, but she’s been working hard in NXT for quite a while.

Referees usually don’t receive quite the amount of fanfare when they get a promotion so this might just be a “wait and see” situation until an official announcement is made.