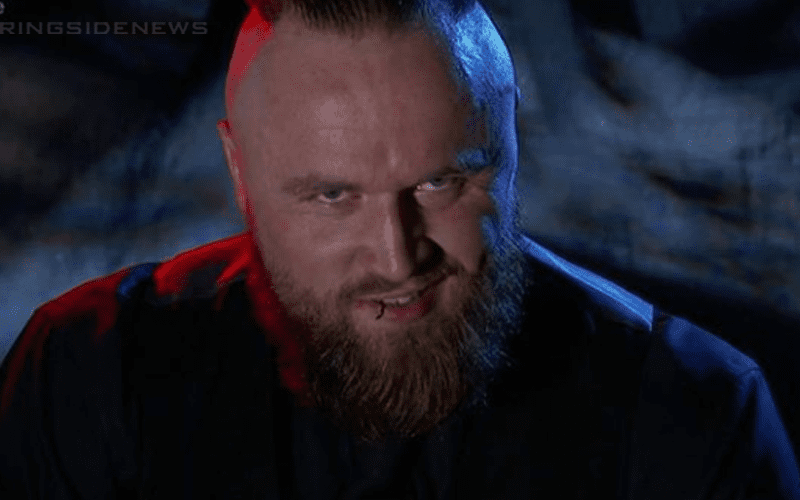 Aleister Black received a fresh start when he was moved over to SmackDown from RAW. This all came about because his wife Zelina Vega was moved over with Andrade who was put back on SmackDown so he could be with Charlotte Flair. That relationship roster shuffle cause Black to separate from Ricochet and then Aleister started doing his own thing.

The former NXT Champion started cutting promos begging someone to knock on his door and “pick… a… fight” with him. Cesaro did eventually knock on Black’s door, but now Aleister is back to waiting for another “knock… knock” after defeating the Swiss Superman before Summerslam.

While speaking to SwerveCity Podcast, he explained the meaning behind those backstage promos and his entire character as a whole. It’s either you like it or you don’t, and that’s fine with him.

“It’s a metaphorical idea … but the idea that I’ve always had with Aleister Black in terms of a social statement is that I know what I look like. I know how I talk …”

“I’m trying to evoke a response from you and the second I see you judging me for what I look like, or what I’m trying to do, that tells me something about you as a human being. By your reaction on me, I understand what type of person you are. And that’s how I designed Aleister Black.”

We shall see who picks a fight with Aleister Black next. Some fans were worried about WWE’s treatment of Aleister, but as long as they keep the Black Mass strong, they could pull the trigger on a giant push for him at a moment’s notice.

Quotes thanks to Pro Wrestling Sheet