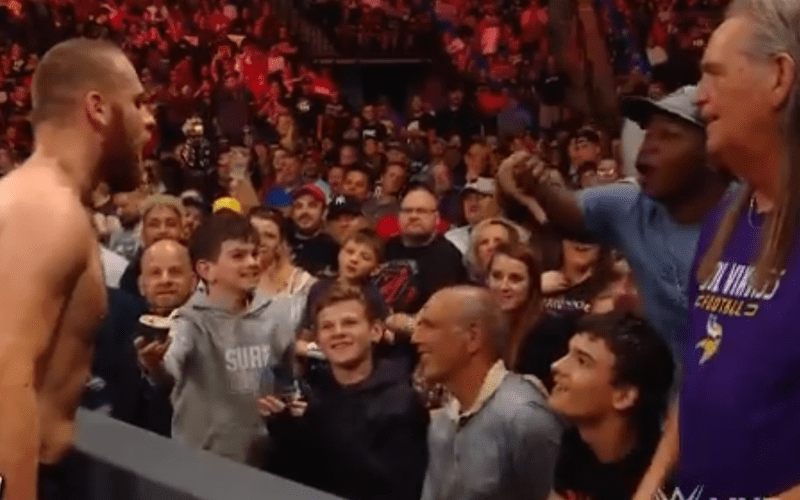 Sami Zayn was not very happy about how his night went in St. Paul for Raw this week. If anything, he had to be restrained from jumping in the crowd to get a piece of some taunting fans.

If you want our complete Raw results please click here.

When Sami Zayn was leaving after his first-round loss in the 2019 King Of The King tournament, the fans were really letting him have it. He had to be held back by officials as he tried to climb the barricade and come at one particularly vocal fan.

“I’m going to slap the f*ck out of you!” is what it sounded like Sami Zayn said over the fans in St. Paul. It was definitely a hard loss to take, but the fans chastising him didn’t help matters at all.

Thankfully, WWE officials were able to escort Sami Zayn backstage before things got too messy. It was still entertaining enough that the company uploaded the footage onto their official social media.