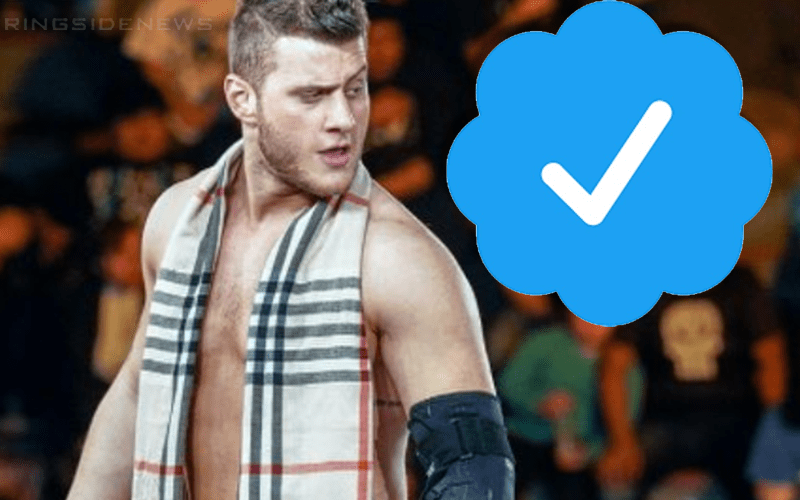 MJF is set to be one of the top names in AEW. Once they debut on TNT there’s really nowhere to go but up for the Salt Of The Earth.

People love to boo MJF because he’s just that kind of heel. He keeps this up on social media as well which was been a joy to watch so far. One thing he hadn’t experienced was a verification on Twitter until now.

Maxwell Jacob Friedman previously commented saying that Twitter was afraid of him which is a good reason for him not to be verified. When comedian Ron Funches took a dig at MJF on August 20th he asked: “Why can’t your parent buy you a blue check on here? You’re a verified ho.”

MJF replied at the time saying:

“I can’t wait to quote tweet this in a year. And don’t think I’m gonna forget either Funchy. #ineverforget”

About thirty minutes ago as of this writing, a blue verified check mark appeared next to MJF’s name on Twitter. This was a moment he waited for, but Friedman probably didn’t expect it to happen so soon.

Therefore, MJF tweeted out to Ron Funches with great glee as he said:

Congratulations to MJF on the blue verified check mark from everyone at Ringside News. This is a pretty big day for him because now when people want to tweet hate at him following AEW’s October 2nd debut on TNT they will know exactly which account to direct their disdain at.