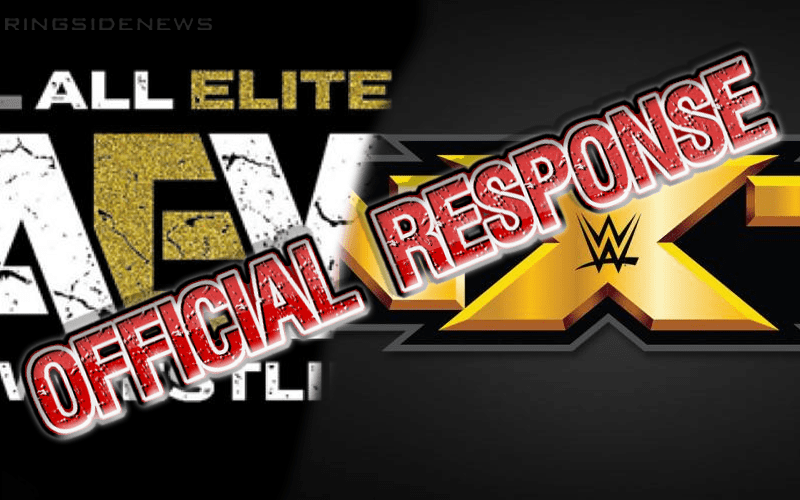 NXT moving to Wednesday nights on USA Network in direct competition with AEW is a very bold move. However, it is also the first big shot in the new Wednesday Night Wars.

We previously reported that Chris Jericho had a very profound statement to make about NXT moving to the USA Network. After congratulating NXT for this big opportunity, Jericho went on to say that runners are always faster when there’s competition.

AEW and NXT are now going to be trying to outdo each other which will only make them both better.

Congrats to @WWENXT for making the big move to the @USA_Network! Runners always race faster when somebody is right behind them. Gonna be fun to see which team the world decides to join! #ChooseJericho @AEWrestling @AEWonTNT

The official AEW On TNT Instagram account seemed to agree so much with Jericho’s comment that they apparently made it their official statement on the matter. As you can see below, AEW On TNT’s Instagram account posted an image of Y2J’s tweet with four emojis as the caption depicting a runner kicking up clouds of dust as he accelerates.

The Wednesday Night Wars don’t need to be so devisive because in the end, there will be more great pro wrestling on television than ever before. So that can only be a good thing for everyone involved.