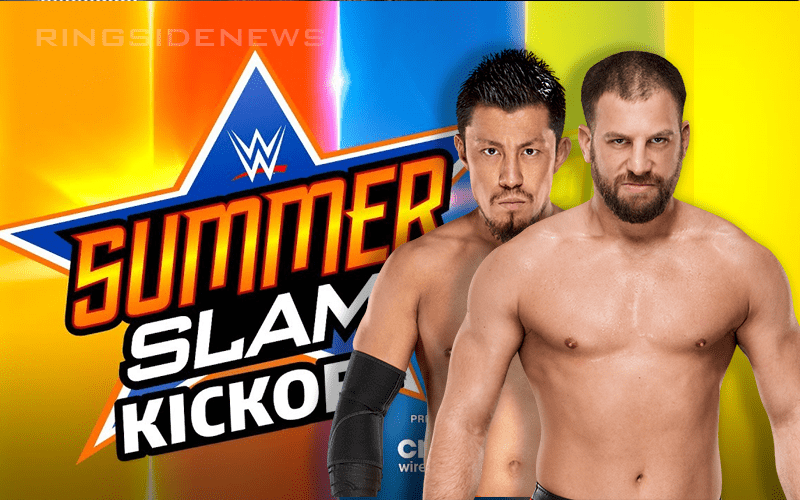 If you enjoy WWE 205 Live then you might also be in the habit of tuning in to WWE pay-per-view events early. Because WWE Cruiserweight Title matches are almost always on the kickoff show.

While speaking to Barnburner, Ali gave a very good reason why WWE Cruiserweight Title matches are almost always on the kickoff show. In fact, if you look at it this way it’s actually to their benefit because they get even more time in the ring.

If they run out of time on the main card, the match would be cut whereas if its on the kickoff show they get more time. Typically they get around fifteen minutes and don’t risk the match getting cut in time. However, if they were on the main card their time might be limited in the first place.

It’s kind of weird when you hear this reasoning. Because it’s almost like there is logic behind the decision to feature 205 Live’s matches on kickoff shows.

It’s not like WWE is hiding the Cruiserweights because those matches are actually on more platforms than just the WWE Network anyway.