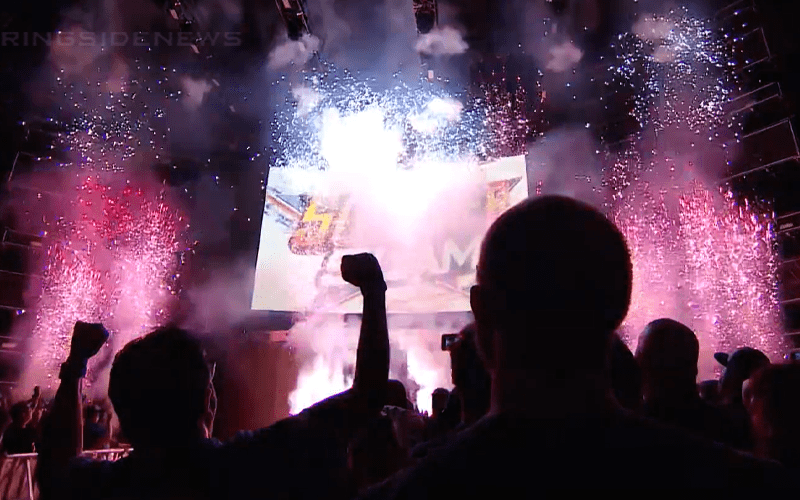 WWE events used to feature pyrotechnics during every show. Sometimes fans would get multiple displays of fireworks depending on who was making an entrance.

It seemed that modern-day WWE pay-per-views were just not going to see any more pyro. Instead, WWE opted to construct 3d graphics and while those are cool, it doesn’t do much to help the viewing experience for those fans who are live in attendance.

Summerslam featured a few pyro spots including during Brock Lesnar’s entrance. The Wrestling Observer Newsletter noted that fans who really enjoyed that firework show during the event can thank the on-going war with AEW.

With the wrestling war going on, they brought back heaps of pyro.

We’ll have to see whether WWE will resort to bringing back pyro every week. They can certainly afford it now which was an issue before. Because pyro is very expensive to keep doing on a weekly basis.

At least Summerslam received a few pyro displays so we’ll have to see if WWE will do the same during September 15th’s Clash Of Champions events in Charlotte.