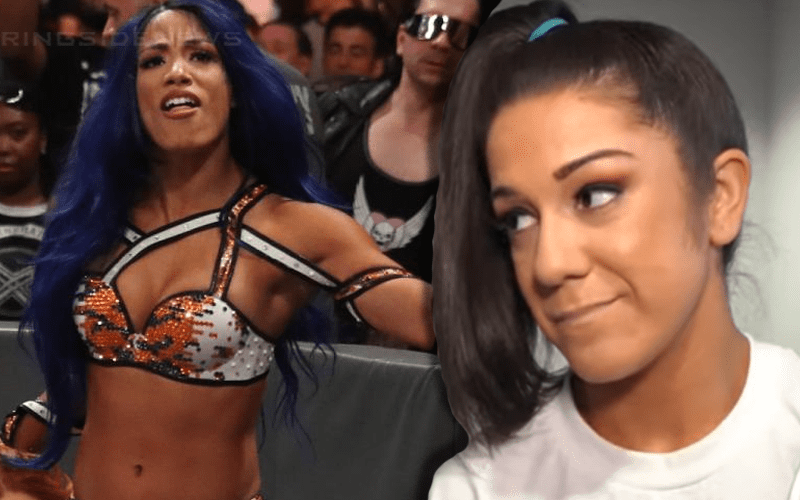 Bayley and Sasha Banks are very close friends. They spent a good amount of time hanging out during The Boss’ WWE hiatus as well. After all, Bayley needed someone to film her while she shredded guitar at a rock concert.

WWE caught up with Bayley after SmackDown Live where she was asked about her friend’s WWE return. Sasha Banks showed a much more brutal side of herself upon her return, but Bayley seemed happy to see her back in the ring under any situation. That doesn’t mean she’s going to talk about it right now.

“There’s nothing that I can say that’s not going to be misconstrued by somebody. Obviously everyone knows Sasha’s my #1 — she’s my best friend, but Nattie and Becky are also my friends so I think it’s just best that I keep my mouth shut.”

You never know where this could be leading. Because Bayley knows with the Wild Card Rule still in play that Becky Lynch could always jump over to SmackDown and cause some problems for her if she says anything that can be taken the wrong way.

Bayley is certainly playing her role as a babyface well as she distances herself from Sasha Banks’ heelish actions on RAW.