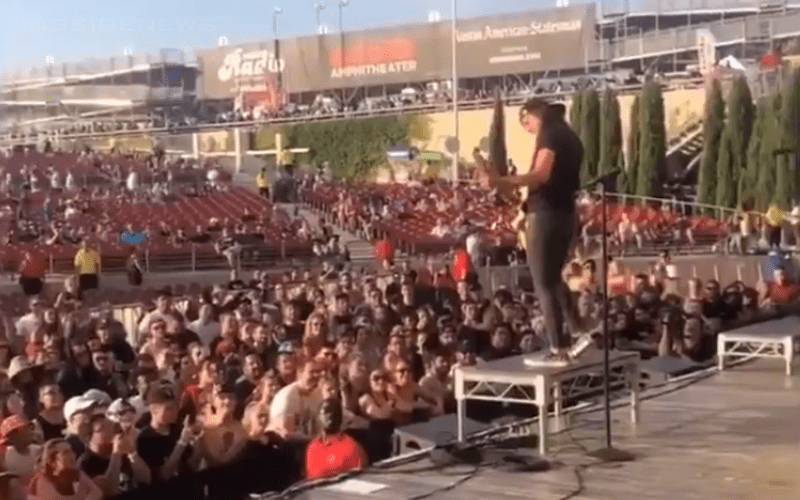 Bayley and Sasha Banks might not be a team on WWE television anymore, but they are still close outside of the squared circle.

The Boss and The Hugger were recently at a stop on Blink-182’s tour with Lil Wayne and Neck Deep. It turns out that Banks and Bayley are very friendly with Neck Deep because they gave her some time before they took the stage. So, before the popular UK rock band performed, Bayley got a chance to show off her guitar skills.

This video was taken by Sasha Banks and appeared on her Instagram stories. You can hear Banks cheering Bayley on while she shredded the guitar. She might have only been playing “Joyful, Joyful,” but she still did a great job.

The Neck Deep band got a great pop as they took the stage after Bayley’s intro. Then lead singer Ben Barlow got a rousing chant going for the SmackDown Women’s Champion.