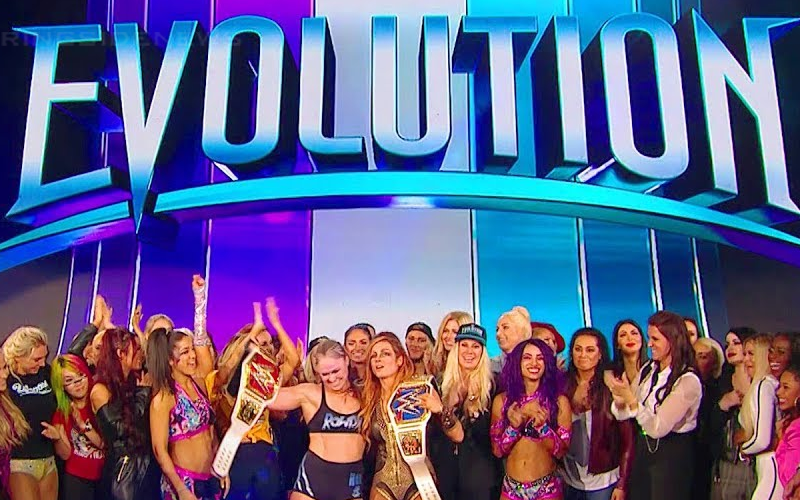 WWE Evolution was a ground-breaking event for the company, but are you ready for round two?

Tom Colohue reports that WWE didn’t pull the trigger on holding another Evolution event because they were not confident in the star power. Now things have changed and apparently, we can thank Sasha Banks for some of that.

It is reported that WWE now feels more confident about their top Superstars in the women’s division and they are considering holding another Evolution event.

There is also the possibility that Brie Bella could make an in-ring return as well. Even though Trish Stratus retired at Summerslam, she still impressed a lot of people. Candice LeRae and Io Shirai also really impressed people with their NXT TakeOver: Toronto match. Therefore, discussions for Evolution 2.0 have reportedly “begun in earnest.”

It seems that if they could possibly arrange a return of Ronda Rousey for a match then that would certainly help things out.