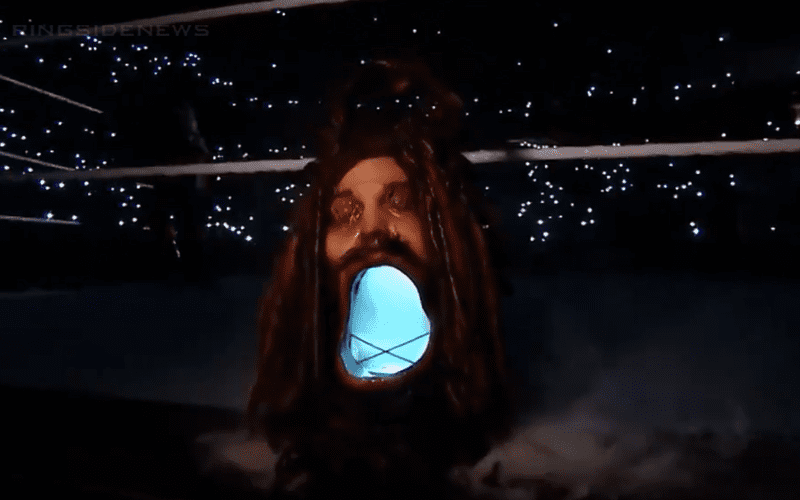 Bray Wyatt’s Fiend debuted at Summerslam and it was not a good day for Finn Balor.

Wyatt had the crowd in the palm of his hand thanks to his incredible new entrance. The remix of his old theme song was also an amazing touch.

Finn Balor did his best, but it’s hard to deny that Wyatt had this one won in a lot of ways before the match even started. The severed head lantern was also quite insane.

You can check out a clip of his new entrance below. Let’s hope WWE can keep his entrance special as he continues to compete as The Fiend on WWE television.