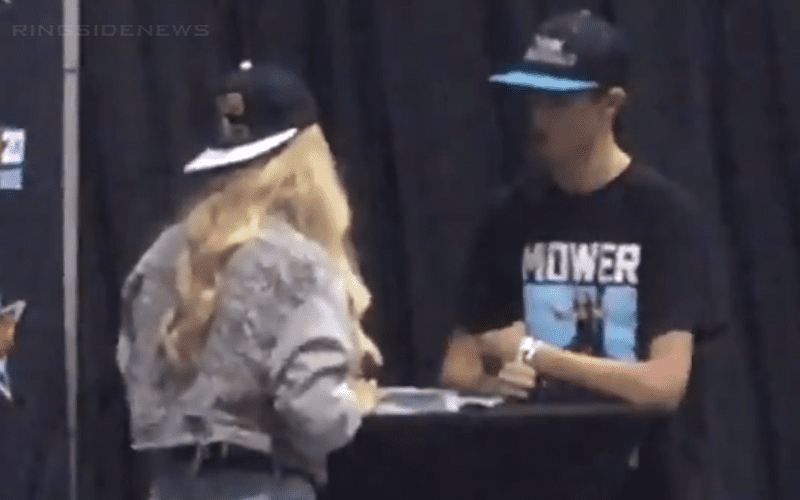 Carmella appeared at the Summerslam Meet & Greet and she expected to meet a lot of her biggest fans. She probably didn’t expect she was going to get invited to anyone’s prom though.

One brave fan took it upon himself to do just that when his time came to have a word with The Princess Of Staten Island. He actually asked her to go with him to his senior prom.

This guy’s brother was filming the whole thing and he provided subtitles for what he said to her. Maybe this guy just hasn’t heard the news about Mella and Corey Graves, but if you put “Carmella boyfriend” in your Google machine it’s pretty obvious at this point that she’s taken.

Fan: Hey what’s up? So, I’m gonna be a senior in high school and I wanted to know if it was possible if you wanted to go to senior prom with me?

Carmella: Hmmm, well, we’ll have to wait and see if I’m around town at the time.

It’s pretty great that this kid took the chance and asked Mella out. She replied with two emojis and she thought it was pretty priceless too. Maybe Corey Graves would be down to let her go because you would think game has to respect game in this instance.