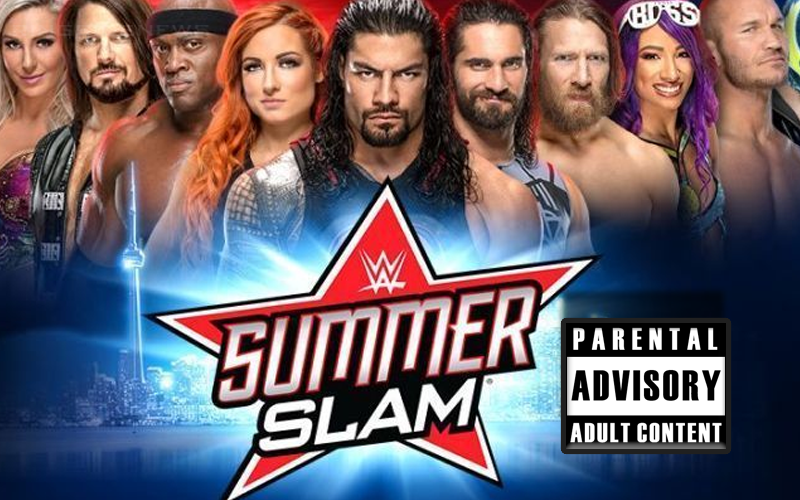 WWE’s Summerslam event is now rated TV-14 and there seems to be a good reason for that.

We previously reported that DirecTV is now advertising Summerslam as a TV-14 event. They’re not the only ones though because across the board viewers are now warned that things could get a little dicey. However, it should also be noted that a couple of providers still list it as a TV-PG event.

Brad Shepard reports that WWE issued this big ratings change because Summerslam has the capability of getting a little violent this year. Let’s just see what they plan on doing to earn that ratings.

According to a source in #WWE, the reason #WWE SummerSlam is advertised as TV-14 is because the show is “going to get violent.” I’m told blood will be shed, and also something big is being planned for the Daniel Bryan/Rowan/Roman Reigns storyline.

It will be very interesting to see what kind of “blood & guts” WWE is able to pull off at the biggest party of the summer. Because WWE could use this big stage to capture a lot of interest.

Things could be very different around WWE if they’re planning for blood as well. It is certainly making us pay a little bit closer attention to the level of violence that they will bring to the table this Sunday.