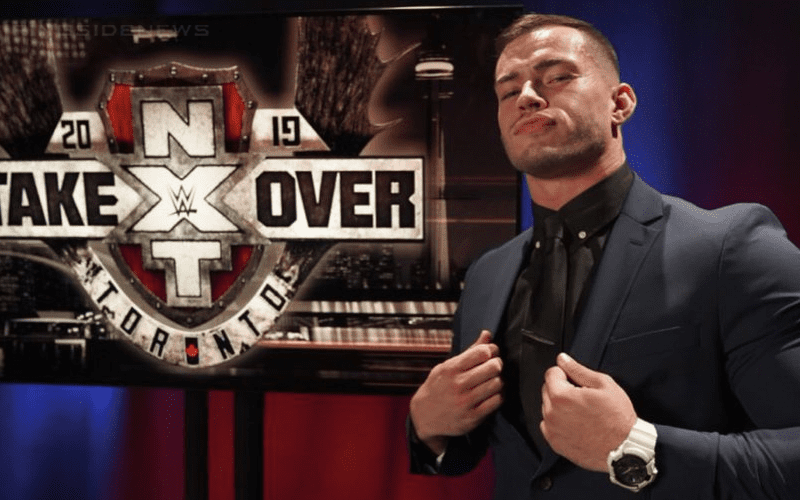 Austin Theory was in the crowd during NXT TakeOver: Toronto, but that doesn’t mean anything specifically.

Brad Shepard reports that Austin Theory has not signed anything with WWE, but it’s bound to happen. This has been the case since he first started gaining traction in Evolve, but he’s not moving over to NXT yet.

According to a source in #WWE, Austin Theory hasn’t signed with the company yet but that is “very imminent.”

WWE wants to gain attention for Evolve because they are one of the companies that will be appearing on the WWE Network sooner or later on a regular basis. Therefore, it makes perfect sense to put him over on NXT TakeOver: Toronto even if he’s not a new signing.