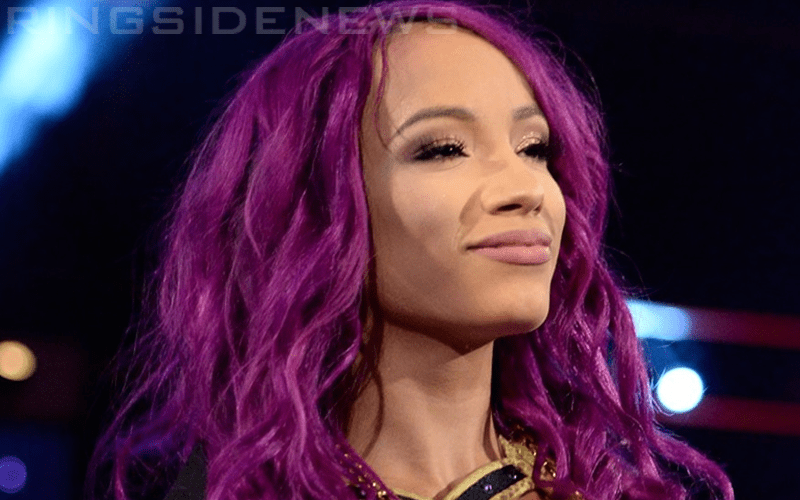 Sasha Banks hasn’t been seen on WWE television since WrestleMania, but if she comes back soon then she might be a blonde.

The Boss shocked plenty of fans when she uploaded a picture of herself to Instagram because she was sporting a much lighter hair color. In fact, it looks like Banks went blonde.

“I don’t want summer to be over,” she wrote as a caption along with the photo.

Don’t worry that The Boss is going for a big drastic change. Because she revealed that it’s just a very expensive wig which she is calling “Trish Stratus.” Alexa Bliss trolled fans with this tactic before, but it certainly appears that Sasha Banks is feeling this blonde change.