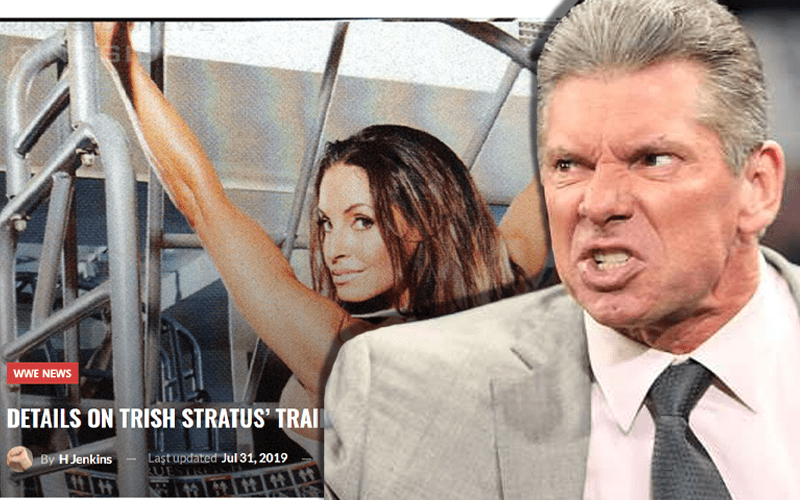 WWE likes to keep their fans on the edge of their seats, but formulating a surprising moment is getting even harder to do in 2019.

Brad Shepard said on the Oh, You Didn’t Know podcast that when news got out about Trish Stratus’ return the company wasn’t very happy at all. In fact, Shepard reports that he got a very unhappy DM about the entire thing once he reported some details on the story.

“After I reported about Trish and Charlotte training in the greater Toronto area […] I actually got a DM from someone — very upset that I had released that information. They weren’t happy at all. They obviously didn’t want that information out. Maybe that’s why they clamped down on Goldberg so much, I don’t know, but you know they were also trying to be protective of the Trish news as well.”

Trish Status will be coming back for at least one more match against Charlotte Flair. We’ll just have to wait and see how WWE books this match between the two, but they didn’t seem too thrilled that the big surprise was ruined before they had a chance to make a big reveal.