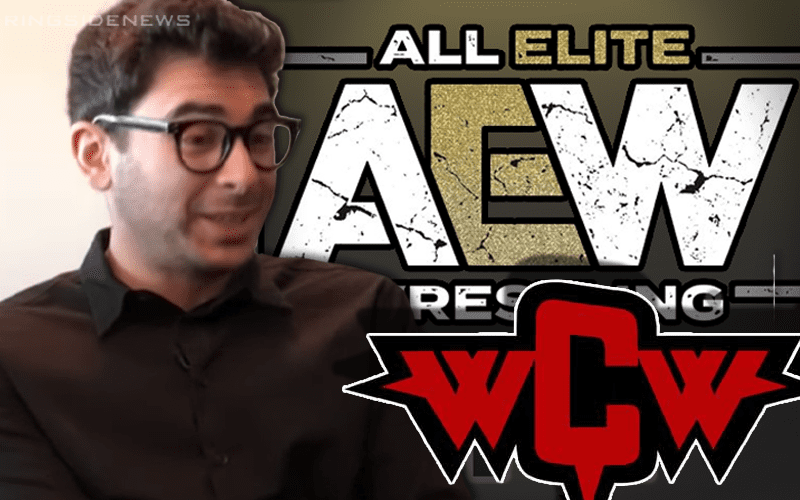 Tony Khan’s dream was to operate a professional wrestling company and now that has become a reality, but it isn’t becoming profitable overnight.

While speaking to Decider, Khan revealed that AEW’s strategy to offer Fyter Fest and Fight For The Fallen free on BR Live made All Elite Wrestling “take a bath financially.” This “big hit” he took to his finances was something that he was willing to do though in order to establish their brand and fan base.

In the end, Khan wants to get AEW to “where WCW was.”

“In terms of putting shows out there for free, we took a bath financially on that and I took a big hit, and I was willing to do it as a company because I believed in our brand of wrestling.”

“There hasn’t been a legitimate other company [besides WWE] presenting weekly, high quality wrestling, and never before was HD available,” Khan said. He also expressed confidence that “the revenue streams are going to be huge” once the weekly AEW on TNT show premieres Wednesday, October 2.”

The idea of AEW becoming big competition to WWE and that they want to be in WCW’s former position speaks volumes. Because it is something fans have been saying since the start.

There might be little chance of catching up to WWE at this point, but hopefully, All Elite Wrestling can establish themselves as a powerful #2 and an alternative for professional wrestling which is what they are seeking out to do.