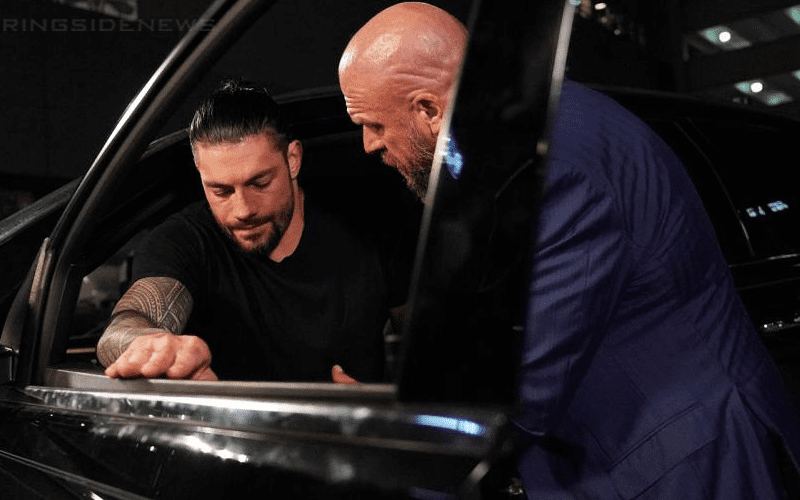 Roman Reigns isn’t everyone’s favorite Superstar, but someone is apparently out to murder him now.

WWE Raw featured a rather interesting hit & run segment that could have seriously used a continuity expert on the set. Because after Roman Reigns avoided death by vehicular homicide, magic apparently happened.

Because when Samoa Joe went running up to the SUV after the commercial break, all the damage was gone and everything was okay with the car. Roman Reigns was a little shaken up, as he should be, but he’ll be okay.

Now Roman Reigns can figure out what kind of sorcery might be afoot in WWE as he investigates the matter tonight on SmackDown Live.

You can check out the obvious difference in the two videos below.