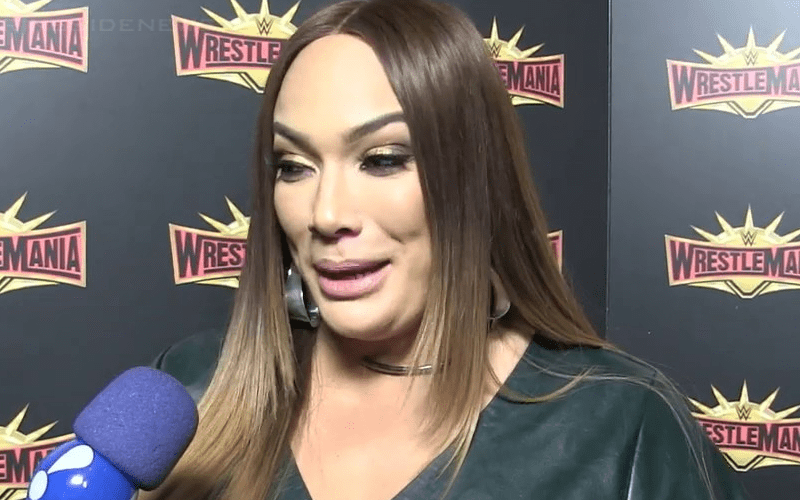 Nia Jax is currently out of action, but she is going to be featured in WWE 2k20. She is obviously excited about the Mixed Match Challenge option in the new game, but one thing definitely seemed to catch her attention.

In an animated gif that’s making the rounds, a portion of Nia Jax’s model “clips” the rope and you can see the two objects mesh into each other. This wouldn’t happen in real life, but The Irresistible Force had no problem poking fun at this glitch.

Lol, my boob goes through the ropes when we tag — now that is a powerful chest!!!

WWE 2k20 doesn’t drop until October 22nd. So hopefully, they will have time to fix this little error. If they don’t get around to correcting it then fans will probably be having a lot of fun capturing moments where this glitch comes into play.