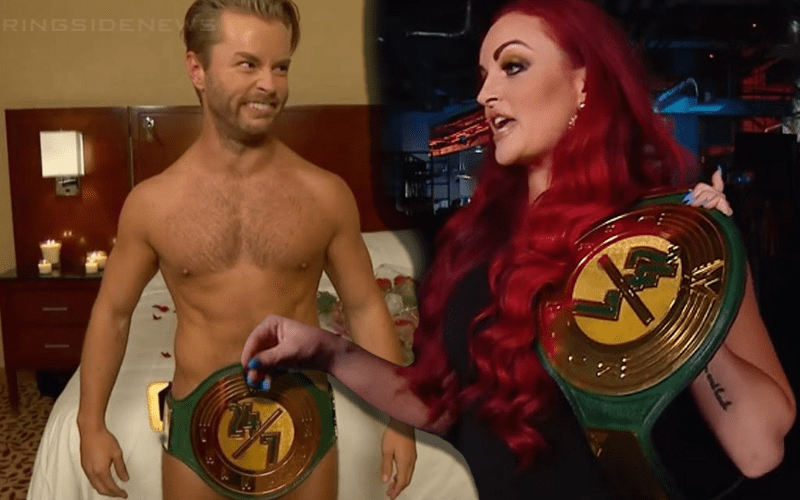 Maria Kanellis really got in the way of Drake Maverick’s goal to reclaim the WWE 24/7 Title and consummate his marriage. However, Maverick isn’t afraid of pinning a pregnant woman.

Drake Maverick recently fired a shot at Maria Kanellis saying that she is making a mockery of the title he loves so very much. Kanellis obviously saw this dig, but she had her own reply to a photo of Maverick wearing the title while only in his tighty whities.

That’s love? It looks terrifying. No wonder you can’t seem to consummate your marriage.

The WWE 24/7 Title will be a very interesting storyline as things continue on WWE television. Because you really never know who will hold it next. Hopefully, they don’t go too far with things so it can never be reeled back in, but at this rate, they’ve already been able to get away with plenty and the fans still very much still on board.