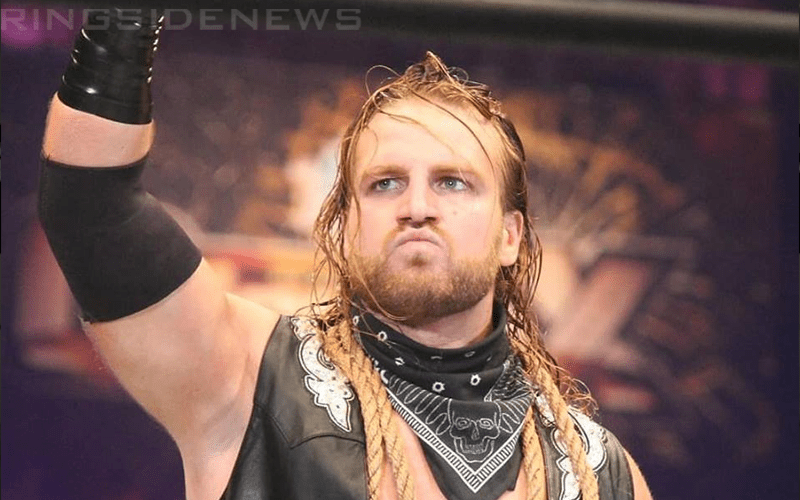 AEW will be offering a much different professional wrestling product than what fans are used to seeing. This is especially true when it comes to how the segments and matches are prepared because each star will get to tell their own story in the ring.

Adam “Hangman” Page is in a great situation right now as he heads into AEW’s All Out event with an opportunity to become the first-ever AEW World Champion. This is something that he is obviously not taking lightly.

One thing we can be sure of is that when Page steps in the ring with Chris Jericho they will be telling their own style of match. While speaking to Busted Open Radio, Page opened up about how much of the story they tell in the ring will be their own.

“I think that is maybe something people are not used to. We have done three shows. I haven’t for the first time ever had someone tell me what to say.”

“I am doing what I want to do. These things are in my hands. I don’t think anyone has 100 percent complete control in what they are doing at any time, but I think giving more power back to the wrestlers to be creative, I think more than just competing in the ring I like to be creative, which is hard to do when you are not allowed to. I think AEW letting some of those wrestlers have that input is massive.”

We will have to wait and see how AEW fans eventually react to seeing stars make their own decisions in the ring. It will certainly be a drastic change of pace from how WWE operates.

AEW’s All Out event will be worth tuning into on August 31st. If anything, it will be a night few will forget as All Elite Wrestling continues rolling toward their October 2nd debut on TNT. Even if you can’t watch the event live, we will still have complete coverage right here at Ringside News.