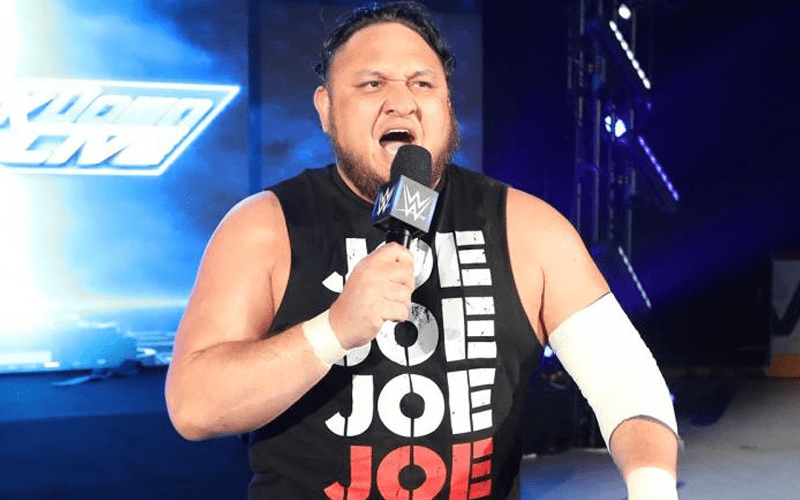 Samoa Joe has quite a temper and he doesn’t appreciate people coming up on him. He is also apparently not a big fan of “the internet.”

A WWE producer was trying to ask Samoa Joe if he knew anything about Roman Reigns’ attack on last week’s SmackDown Live. Joe didn’t appreciate being filmed and then he snapped back at the question.

He asked if this guy got his information “from the internet” before smacking his camera away. Now WWE has taken action and Samoa Joe was fined “an undisclosed amount,” for this offense.

Samoa Joe has been fined an undisclosed amount by WWE due to his behavior earlier today at Pittsburgh International Airport.

When asked by a WWE producer if he was responsible for the forklift incident that nearly injured Roman Reigns this past Tuesday night on SmackDown LIVE, Joe responded aggressively and knocked the phone out of the producer’s hand.

This is all likely kayfabe, but it’s interesting that they are still hyping the Roman Reigns forklift accident in this fashion. If anything it will give reporters a reason to stay away from Samoa Joe at the airport.