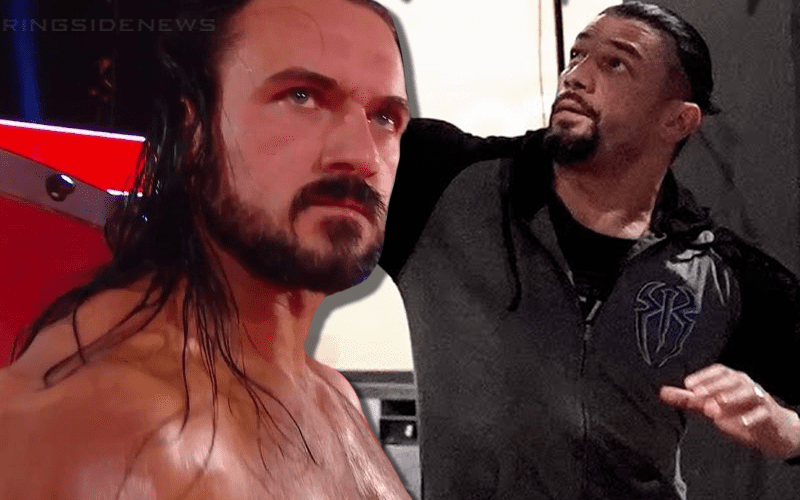 Roman Reigns didn’t make it through SmackDown Live this week without having a bunch of stuff topple on him backstage. WWE is blaming a forklift error, but Drew McIntyre wants to clear the air as well.

McIntyre released a public address on the matter to make sure that fans know that he had nothing to do with this. Of course, this might very well be a red herrings as we have a pretty good idea who was behind it. After all, Daniel Bryan is reportedly in line to face Roman Reigns at Summerslam.

“Even though it couldn’t get the job done, this whole Roman Reigns has become a bit of a whodunnit. Was it Drew McIntyre? Was it Elias? Could it be Ric Flair? Maybe it was Ryan Shamrock? My god, it could be Eric Bischoff’s new assistant, you know the one with the pegleg. Doesn’t this all sound so ridiculous to you?”

“Imagine how I felt when I get a message on my day off, at home, not from social media because I don’t give a damn what any of them say, but from WWE Management asking me to put on a video proclaiming my innocence. I’m going to put this to bed right now. One I don’t give a damn, two I wouldn’t of missed, three I really don’t give a damn, four has anyone watched the product for the last five, six, seven months, I love beating up Roman Reigns and bragging about it and I would do it to his face, five you see all those damns floating around that I give? No, you don’t because there aren’t any.”

Drew McIntyre didn’t do it, because he wouldn’t have missed. That’s a good note to take. We’ll have to wait and see who claims to be responsible for this “accident” because WWE seems content with the fact that it was a forklift’s fault.