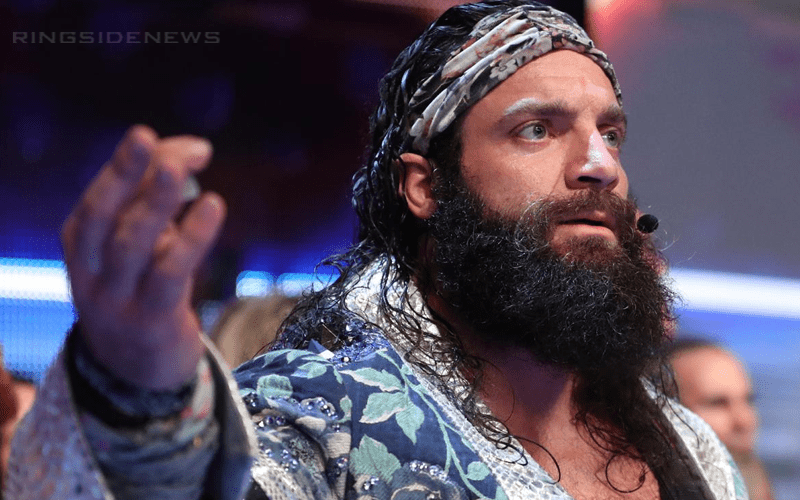 Elias didn’t expect to compete at Smackville. He only wanted to give a concert. However, Kevin Owens did show up and brought a fight to The Drifter.

SmackDown Live did not feature Elias at all this week which some fans certainly noticed. He appeared in an online video today with the Baltimore Orioles, but he had some bad news to report. Apparently, after his match against Kevin Owens at Smackville, he was coughing up blood.

Interestingly enough, Seth Rollins also found himself coughing up blood after an assault from Brock Lesnar, but that was on television.

Elias didn’t experience his medical emergency on camera, so we have no way of knowing whether he was just trying to explain his absence from television or not. At least he seemed to have a good time today hanging out with some Major League Baseball players.