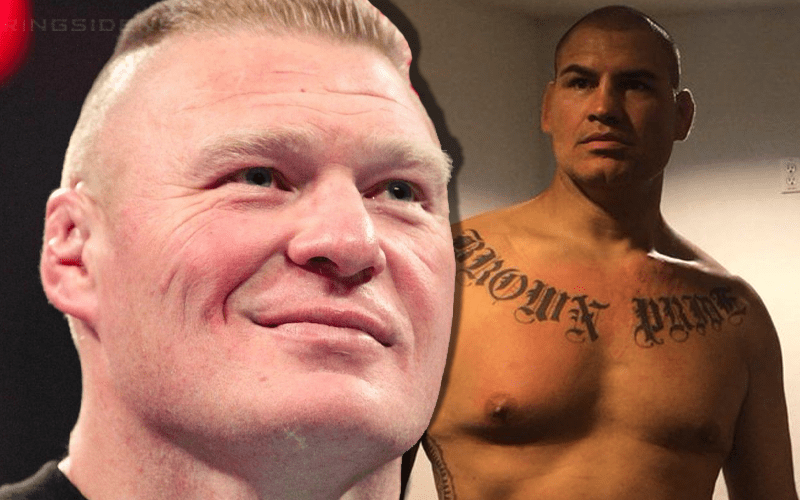 Cain Velasquez made his pro wrestling debut at TripleMania last night and the Mexico crowd was very excited to see him. He performed in a mask and impressed a lot of people, but he could have gone to WWE instead.

Velasquez was training a it at the WWE Performance Center, but as he explained to Sports Illustrated, he was just getting his feet wet. He considered going to WWE, but in the end, he decided to sign with AAA.

“It was a consideration, but for me, lucha libre has a more special place in my heart, from everything to my nationality to where I grew up. I have so much pride for lucha libre, so it hits me closer to the heart.”

When it comes to a relationship with Brock Lesnar, you can count that out too. He doesn’t talk to his opponents as he sees them as enemies. So there was no call to the Beast Incarnate about whether he should make a jump to WWE or not.

“No, I don’t have a relationship with anybody I’ve competed against. MMA is tough. For me, I don’t really make friends. My opponents are my enemies. So [Brock] didn’t reach out. I went over to the WWE Performance Center in Florida about a year ago, trained out there, and got my feet wet. I’ve always liked it, I’ve always watched, but to actually go into the ring and do it, it feels perfect.”

Cain Velasquez has two more scheduled AAA appearances according to him, but we will have to wait and see what those might be. He seemed pretty comfortable in the pro wrestling ring and impressed a lot of people with his ability and agility.

You can check out a highlight from his match last night below.